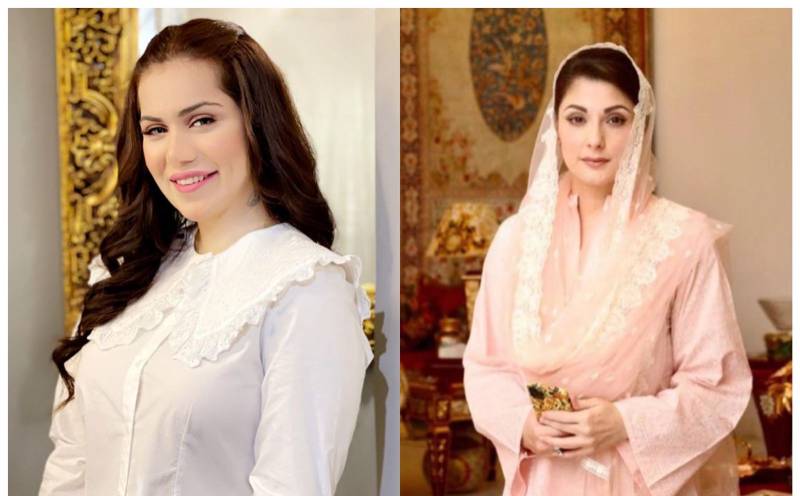 Lollywood diva Ghana Ali has been outspoken on the internet about her opposition to Maryam Nawaz and her mandate and support for former Prime Minister Imran Khan.

This time, the Rangreza actress did not shy away and openly admitted regarding her resentment towards the Pakistan Muslim League-Nawaz Vice-President Maryam Nawaz.

Sharing a video on her Instagram stories, the clip showed a woman hitting a TV repeatedly as the daughter of former PM Nawaz Sharif is spotted on television addressing the public. Ghana captioned the video, "The feeling is nationwide".

Pakistani celebrities have stepped forwards and are openly reacting to PTI’s much-anticipated ‘Azadi ...