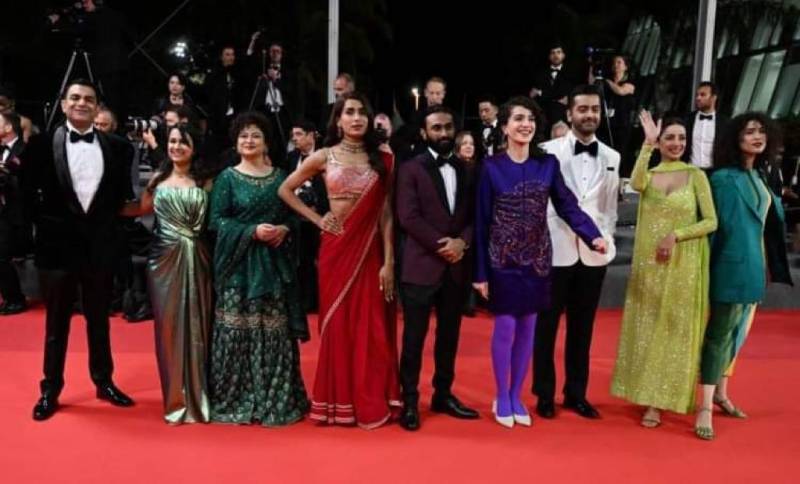 Unlocking a major milestone, Saim Saddiq's film featured a daring portrait of a transgender dancer in a Muslim country.

It is the first-ever Pakistani competitive entry at the Cannes festival. It also won the Jury Prize in the "Un Certain Regard" competition, a segment focusing on young, innovative cinema talent.

In the past, the Queer Palm has been won by big-name directors and attracted top talent to its juries, but has no official place at the world's top film festival.

Back at home, the delightful news of Joyland winning big at the Cannes Film Festival has led to netizens and celebrities flocking to social media to celebrate.

Saim Sadiq's Joyland wins the Jury Prize in the Un Certain Regard category at Cannes!

A historic moment for Pakistan, and Pakistani cinema!

Everyone should be amplifying this incredible news.

Take a bow, Saim, and the entire cast and crew.

Joyland beat off several other strong entries, including Close by Belgian director Lukas Dhont and Tchaikovsky's Wife by Kirill Serebrennikov, both hot contenders for the Cannes Festival's top Palme d'Or award which will be announced on Saturday.

It's a proud moment for Pakistan indeed as Team Joyland received a standing ovation at the Cannes Film Festival ...