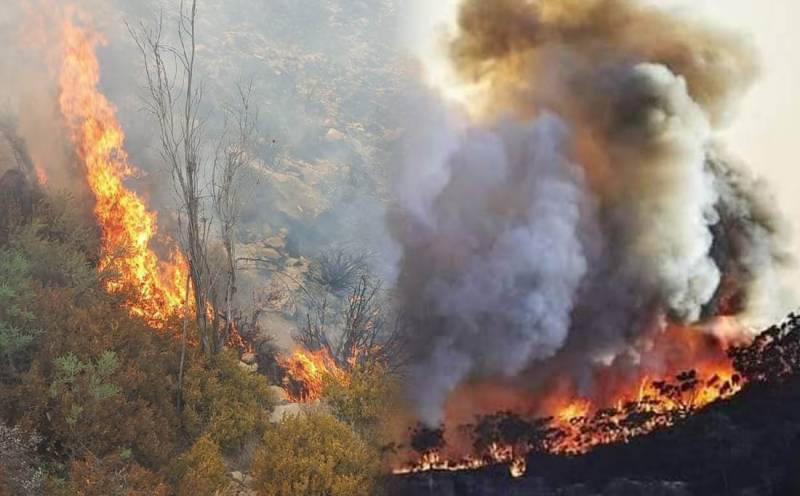 ISLAMABAD – Pakistan and China have agreed to cooperate in the use of modern technologies for early warning, mitigation and response to forest fires.

The agreement was reached at a high level virtual meeting of the delegations of the two countries under the framework of Pak-China cooperation on disaster management, reported Radio Pakistan.

Both sides agreed to establish a Joint Working Group comprising of experts officials from both sides for exploring areas of cooperation and working out details of such collaboration.

The Chinese side was briefed by the NDMA on the overall challenges of forest fires in Pakistan.

The Chinese delegation offered their support in establishing joint monitoring systems, early warning mechanisms through use of satellite technology and resource sharing for response.

PESHAWAR – In the wake of a massive forest fire in the Koh-e-Suleman mountain range, the Khyber-Pakhtunkhwa (K-P) ...