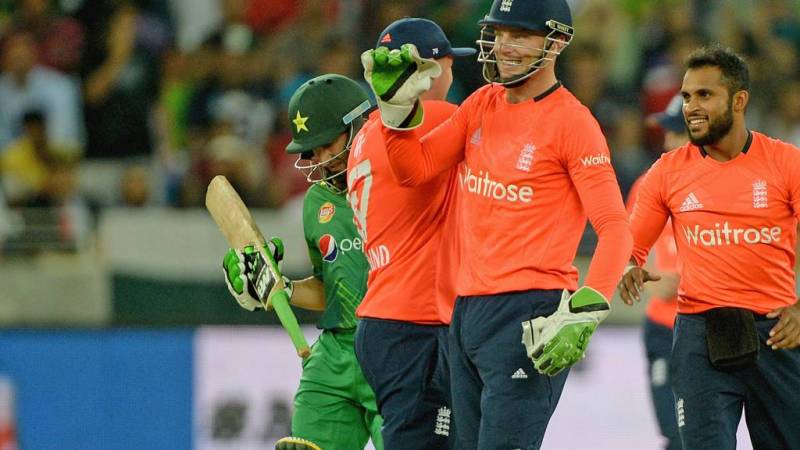 DUBAI (Web Desk) - England wrapped up victory in the T20 series against Pakistan after a thrilling three-run victory in Dubai.

Captain Shahid Afridi's late cameo - 24 off eight deliveries - was not enough to help Pakistan over the line after England finished on 172-8.

Afridi was also the pick of the Pakistan bowlers, taking 3-15.

The win was England's fifth consecutive T20 victory, with the World T20 set to take place in India in March.

The tourists looked to be heading for a comfortable victory when Afridi strode to the crease with his side needing 53 off 20 deliveries. 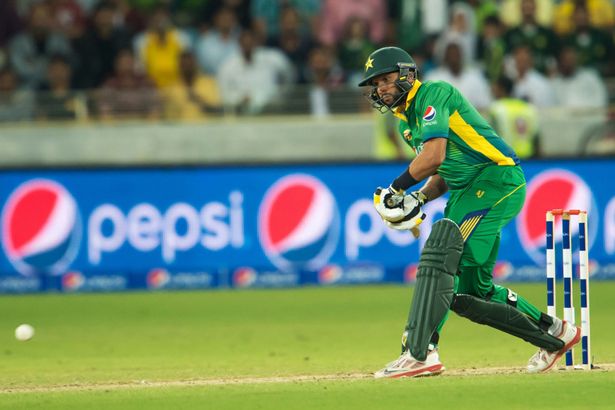 But some lusty hitting from the 35 year old, including three sixes, brought the game back into the balance.

Alex Hales was dismissed by Afridi's first delivery for 11, with Jason Roy edging behind in his next over.

The wicket took Afridi ahead of team-mate Saeed Ajmal to become the highest wicket taker in international T20 cricket.

A remarkable piece of fielding from Umar Akmal had the packed crowd in Dubai on their feet.

Akmal got two hands to a Billings slog at long on, but the pace of the ball carried him over the rope off balance.

However, he managed to toss the ball high enough, before touching the ground beyond the boundary, to buy himself sufficient time to scamper back inside the rope to reclaim the ball and take an incredible catch.

Once again, England looked to use their full squad, with Jos Buttler captaining England for the first time in Eoin Morgan's absence. 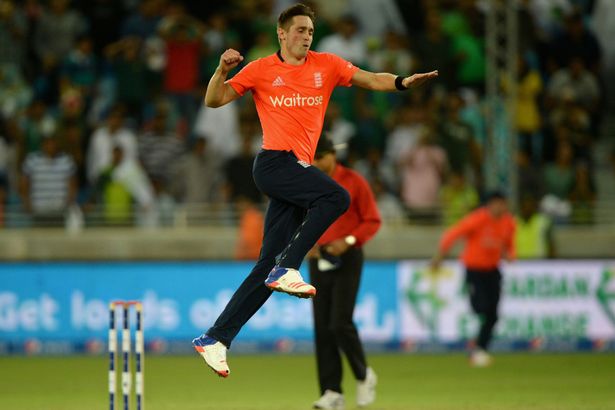 Morgan was one of four players who featured in Thursday's 14-run victory to be rested. Moeen Ali, Chris Jordan and Reece Topley also made way, for Buttler, Joe Root, Woakes and David Willey.

Liam Plunkett, who had not taken part in a competitive match on the tour until his three wickets in the first T20, was man of the match for his 3-33. 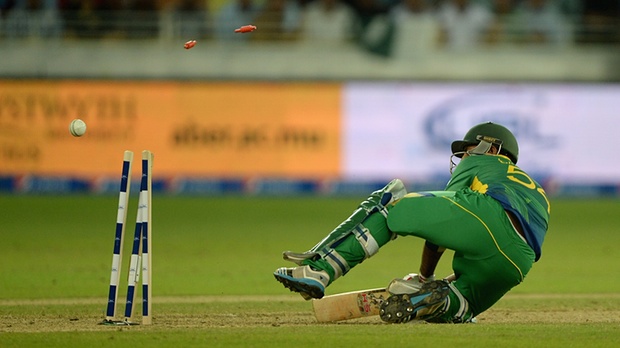 The final match of the series is on Monday in Sharjah.

"We weren't at our best, but we did enough to win a game away from home against great opposition. That's a great effort.

"It was great character from Woakes after that over he bowled to Afridi. To have the guts and balls to bowl that final over as well as he did is great testament to him."

Pakistan captain Shahid Afridi said: "This is very fast cricket. We should raise our standard of fielding and our fitness levels. 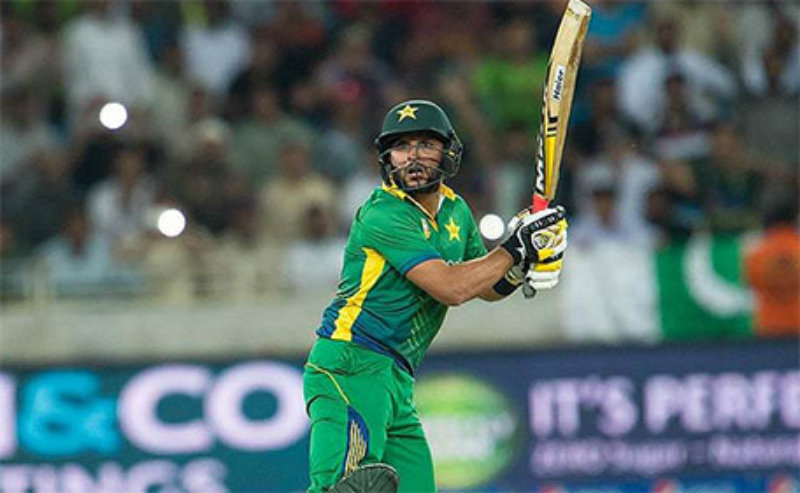 "I missed the chance. That was a great opportunity to win the game.

"It was a good game of cricket and there's a few areas where we can improve before the World T20. We have time, but we have to improve as quickly as possible."