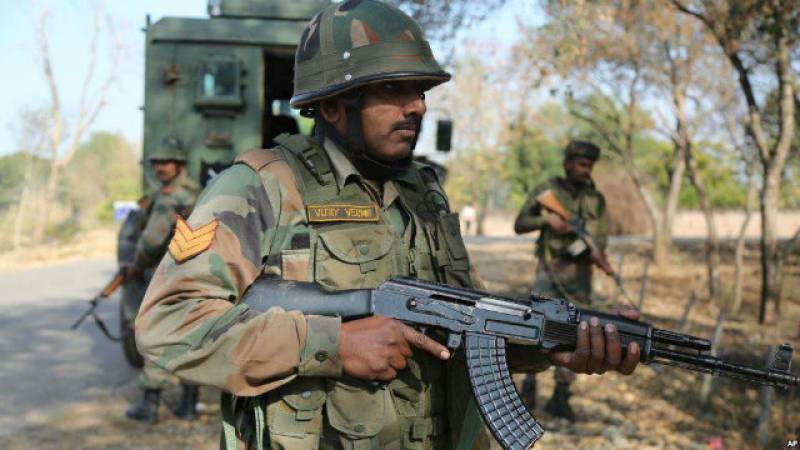 NEW DELHI - An Indian Border Security Force (BSF) soldier shot dead his colleague during a scuffle inside a camp in Bandipora district of occupied Kashmir late on Monday night, the Hindustan Times reported.

Police are investigating the incident at Madar area, which appears to be a case of fratricidal killing.

A spokesperson of the BSF said that head constable Chandrabhan of Haryana was killed in the incident.

“Police is investigating the matter and the alleged suspect, a jawan, has been handed over. Further details will be clear after investigation,” the spokesperson said in a statement.

In July, an Indian Army soldier posted in Uri sector pumped five bullets into a major, killing him on the spot after he was reprimanded by him over cellphone usage at the sensitive post.

Apart from fratricide, more than 100 cases of suicide are reported every year in the armed forces.