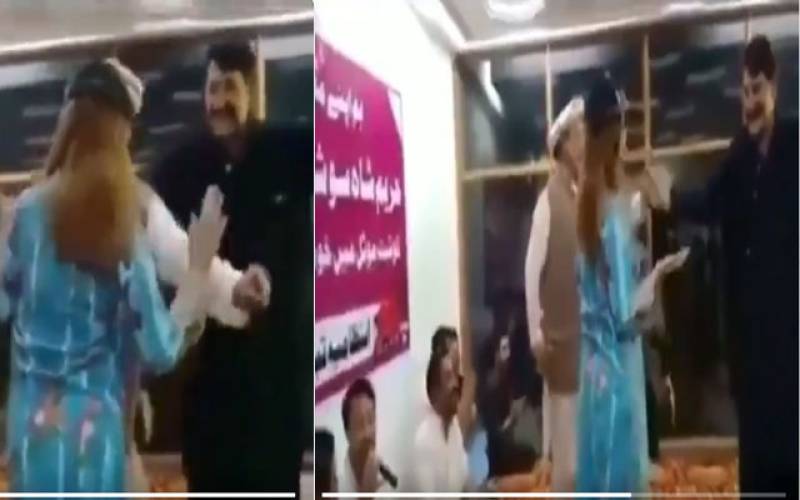 LAHORE - A video of Tik Tok star Hareem Shah dancing with a Pakistan Muslim League-Nawaz (PML-N) MPA is making rounds on the internet. Hareem, who attracted a lot of controversy a few days ago when she made a Tik Tok video during a visit to the foreign ministry, has come forth with another video.

In the video, the Tik Tok star can be seen dancing with PML-N MPA from Gilgit Baltistan, Muhammad Ameen at a private hotel.

Earlier in October, many questions were being raised by media officials and social media users over TikTok star Hareem Shah’s video which she recorded inside the Foreign (FO). According to details, Hareem Shah uploaded a video on her TikTok account in which she can be seen inside the committee room at the Foreign Office.

LAHORE - TikTok star Hareem Shah, who has been in highlight for making a TikTok video inside committee room at the ...

The FO had then taken notice of the incident and officials are interrogating the matter as to how the TikTok star reached the sensitive area where top leadership of the country holds meetings with heads of other states.

The FO sources revealed that CCTV footages are being examined to determine the responsible persons behind permitting Hareem Shah to go inside the committee room. Also not so long ago, Hareem had made a video with PTI MPA Fayyaz ul Hasan Chohan that also went viral.