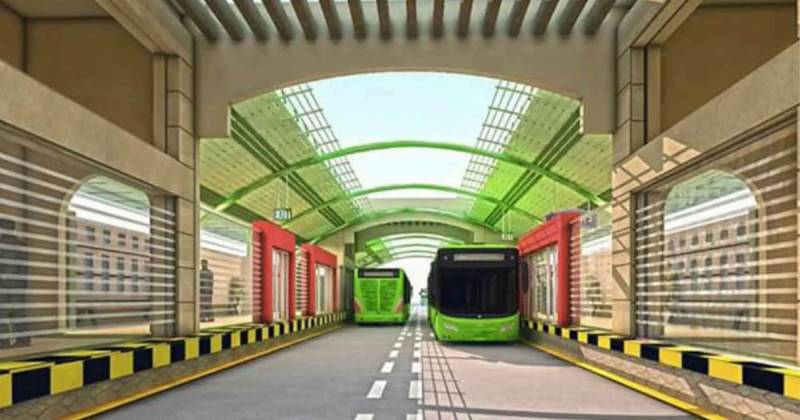 The much-awaited project for Karachiites finally appears close to its completion as its commercial operation is set to start in the last week of next month.

PTI leader, who also heads National Command and Operation Center, took to Twitter saying the project will be ready for a trial operation within the next 10 days, following which it will be formally inaugurated by Prime Minister Imran Khan and then its commercial activities could begin.

“I conducted a detailed reviewed the Karachi Green Line project on Saturday. With the grace of Allah, this project will be ready for trial operation in the next 10 days," the caption cited.

Earlier in October, the final consignment of 40 buses for the Green Line project arrived in the country’s seaside metropolis raising the number of buses to 80.

Karachi’s Green Line BRT project with intersections is 24kms long that includes 12.7km elevated, 10.9kms at grade, and 422 metres underground, and has 25 stations.

The phase-II common corridor from Gurumandir up to Municipal Park with a length of 2.5km has two underpasses at MA Jinnah Road.

The work on the federal-funded project, conceived by the PML-N government, started in the previous regime and was scheduled to finish before the 2018 general election.

Later, the project was extended by another 10 kilometers as initially sought by the Sindh government and the estimated cost crossed the figure of Rs 24billion.