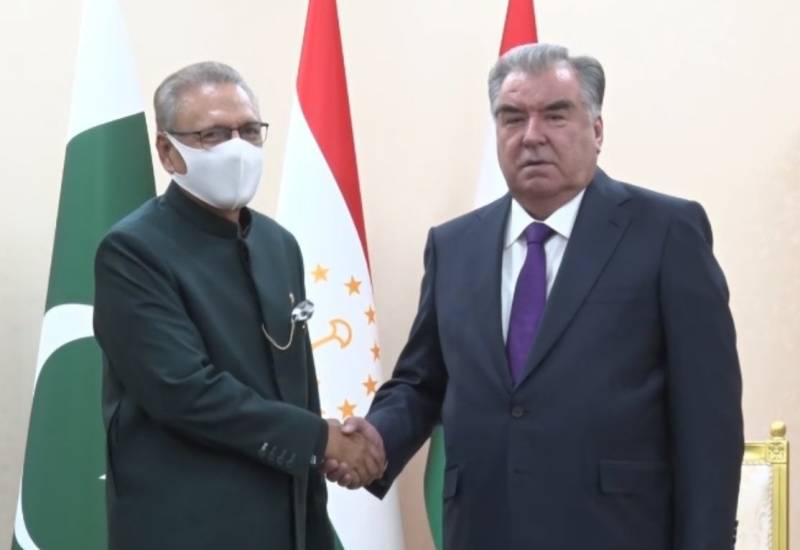 DUSHANBE – President of Pakistan Dr. Arif Alvi on Sunday arrived in Turkmenistan to attend the 15th Summit of the Economic Cooperation Organization and called on Tajik President Emomali Rahmon during which both leaders vowed to further strengthen bilateral relations.

Report of state broadcaster said President Alvi called on Tajik President on his visit to Turkmenistan during which he reviewed the implementation of the Casa-1000 project.

During the meeting, he also underscored the importance of regional integration between the two countries through Pakistan’s ports and stressed the need to further boost trade and investment.

A bilateral meeting was held between President Dr. Arif Alvi and President Emomali Rahmon of #Tajikistan on the sideline of the 15th ECO Summit in Ashgabat on 27 November 2021.@ArifAlvi @GovtofPakistan@ForeignOfficePk @MOFA_Tajikistan#ECOSummit #PakInECO #Turkmenistan pic.twitter.com/3BrtZwqD7M

Both sides also discussed the challenges faced by the humanitarian situation in war-torn Afghanistan while President also briefed his Tajik counterpart about Islamabad’s efforts for peace and stability in the neighboring country.

Alvi also stressed that the frozen assets of Afghanistan should be restored to avert economic collapse and discussed that there is a need to work together for peace, reconciliation, and stability in Kabul.