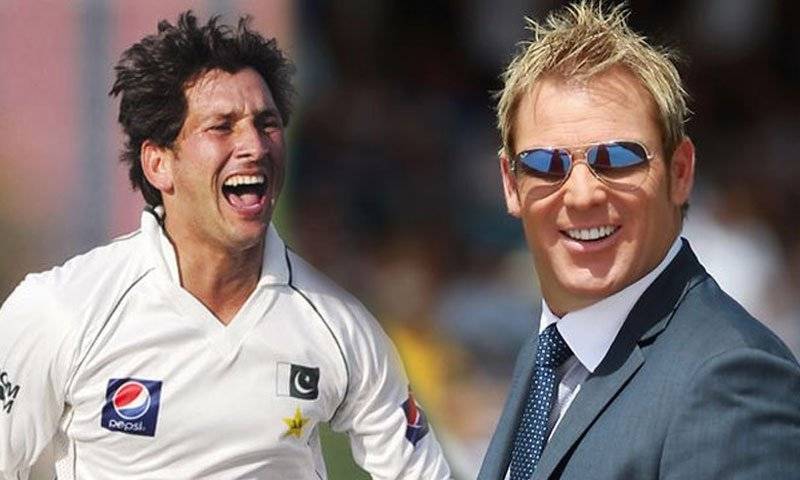 DUBAI (Staff Report) - Pakistan's star spinner Yasir Shah has welcomed the announcement of legendary Australian leg-spinner Shane Warne in which he expressed wish to train Pakistani cricketer in the net.

In a statement Yasir Shah said that he feels himself lucky over such an offer from great spinner. I am looking forward to get crucial tips from Shane Warne, he said. Shah further added that he started bowling while watching Shane Warne spinning the ball on TV.

Earlier on Tuesday Shane Warned was quoted by a UAE daily saying as "If I could find some time this week, I would love to go down and have a bowl with Yasir, because I am trying to prepare for the Cricket All Stars next week as well."

Shane Warne previously met Yasir Shah in Adelaide during the World Cup 2015 and passed on some useful tips to the Pakistani spinner.