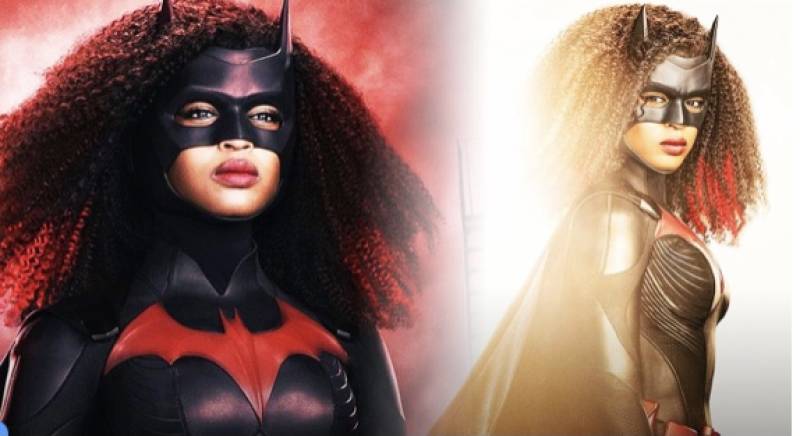 Javicia Leslie is all suited and booted to protect the city of Gotham. According to E!Online, the actor has been named the CW’s newest Batwoman over the summer and has officially found her wardrobe. Warner Bros. and CW just released the first look at the character’s updated take on the Batwoman suit.

The CW’s Batwoman is expected to release in January 2021. Javicia is taking over the caped crusader, replacing Ruby Rose. The new Batwoman Ryan Wilder (Leslie) will first wear Kate Kane’s (Ruby Rose’s) suit in the second episode, and then her redesigned version will make its debut in the third episode.

According to Variety, those involved with the series chose not to continue with Ruby’s character, Kate Kane. Instead, Javiciawould be given a new story and identity. In the second season of the series, she’ll portray Ryan Wilder, a “likable, messy, a little goofy and untamed” superhero.

To keep up with the new storyline, Javicia had previously given hints to fans that they shouldn’t expect a continuation of Kate’s costume. “Caroline and I were talking about how important it is that if we’re going to have a Black Batwoman, that she needs to be, like a sista when she becomes Batwoman."

Showrunner Caroline Dries said in a statement, “Ryan’s journey starts from a place of ‘What can this Batsuit do for me? But it’s not long before she realizes the power of its symbol and what it can do for everyone else in Gotham City.” She also added, “As Ryan embraces everything that makes her special, she adjusts the suit to fit her physically and figuratively. This meant creating a new body design and new cowl that was undeniably a statement that screamed ‘powerful.’”

The new suit was designed by Batwoman costume designer Maya Mani and created by Ocean Leather Drive. The wig was made by Janice Workman and the makeup styled by Cory Roberts.

“Maya Mani sent me her drawing, and I loved it,” Dries said. “The wig was something we never perfected in season one, and Janice Workman crushed it with this new take. Javicia and I saw various prototypes of styles and red ombres, and at one point, we were trading our own iPad doodled version. Janice translated that into what we are looking at now. When I see it, I smile. It makes me feel inspired.”

Leslie also mentioned her love for the suit. “I love the fact that Ryan is becoming her own Batwoman – it’s her style, her swag, and her moment!” she said. “It was an honor to be able to collaborate with Caroline and Maya. I felt it was important that viewers could tell by the silhouette that Batwoman was a Black girl. With the form-fitting suit and beautiful Afro, we definitely nailed it!”