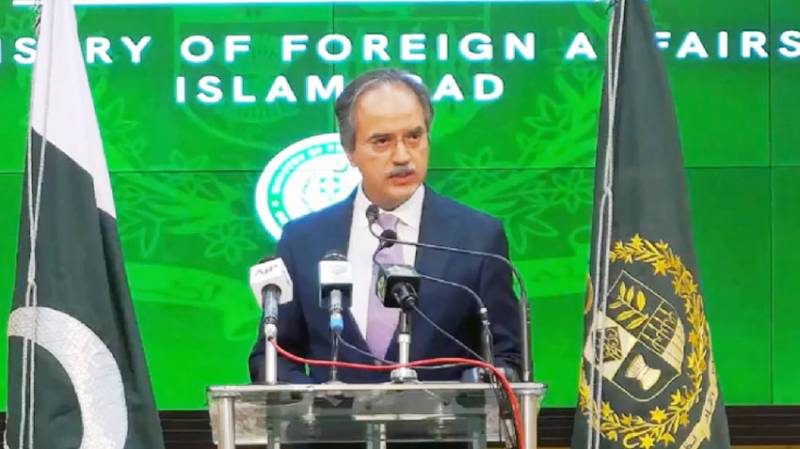 ISLAMABAD – Foreign Office spokesman Asim Iftikhar said on Thursday that there was currently no any French ambassador in Islamabad.

Iftikhar in a statement said that the Ministry of Interior had already clarified the matter. His statement comes as thousands of workers of the proscribed Tehreek-i-Labbaik Pakistan (TLP) marching towards Islamabad to press the government for their demand about ouster of French diplomat from the country over publication of blasphemous caricatures in France.

Till the time of report, negotiations are being held between the government representatives and TLP leaders to avoid any untoward situation.

Responding to the queries of media persons regarding test firing of nuclear capable intercontinental ballistic missile by India, he said that New Delhi's hostile posturing toward its neighbours further imperils peace and stability in South Asia.

The spokesperson said it must be alarming for the international community that at a time when the region is already facing the growing and real threat of extremist Hindutva Ideology which espouses territorial expansion, the BJP-RSS government is seeking an arms race, state broadcaster reported.

RAWALPINDI – The administration of twin cities closed main highways on Wednesday by placing containers and barbed ...