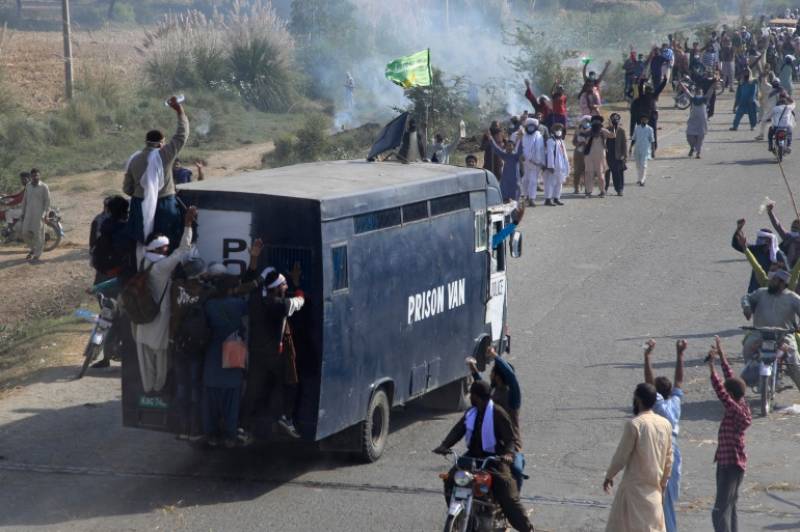 RAWALPINDI – The administration of twin cities closed main highways on Wednesday by placing containers and barbed wires as the members of proscribed Tehreek-i-Labbaik Pakistan march toward the federal capital.

The development came in as the banned outfit started its march towards Islamabad again, while the officials decided to deploy the Punjab Rangers to maintain the law and order situation in the most populous province.

Murree Road near Faizabad has been closed with containers and barricades. Meanwhile, the bridges on the River Jhelum have been sealed to halt charged activists of TLP from marching towards Islamabad. Other alternate routes, connecting Gujrat with Sialkot-Lahore motorway, Khanki Headworks bridge, and Gujranwala and Gujrat-Mandi Bahauddin highway have been closed for all kinds of traffic.

Cops and district administration have also blocked G.T. Road from Jhelum Bridge by placing containers. Heavy contingents of law anti riots force have deployed in Gujrat to stop the TLP rally whereas the Rangers had already been deployed in Gujrat since Friday.

Furthermore, Rawalpindi cops have also intensified the crackdown on the TLP members in the Rawalpindi division as more than 200 were detained. 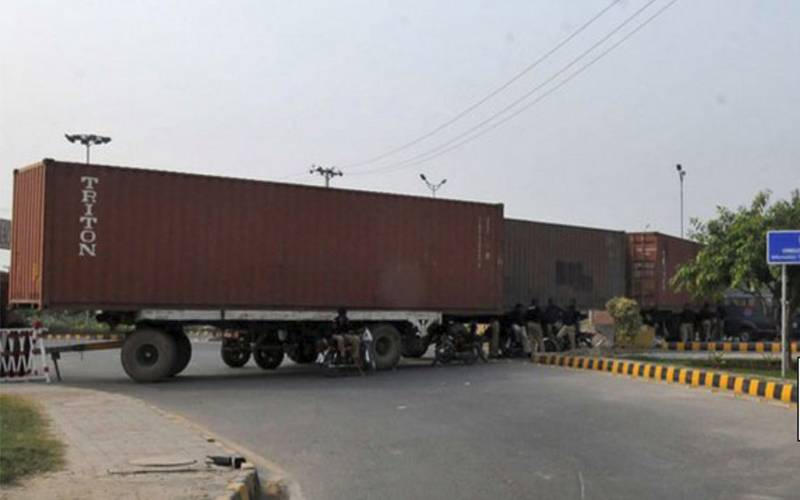 On Wednesday, at least four police officers were killed while scores were wounded when TLP activists clashed with security forces on a highway in Sheikhupura.

After days of unrest, including deadly clashes the interior minister, Sheikh Rasheed directed Rangers to be deployed under anti-terrorism laws.

Information Minister Fawad Chaudhry also mentioned that the government would use force to block the TLP activists from entering Islamabad. Pakistan will no longer treat the outlawed party as a political entity. Instead, we will treat it as a militant group. It has already been declared a proscribed organization, he said.

ISLAMABAD - Interior Minister Sheikh Rashid Wednesday announced the deployment of paramilitary troops in Punjab for the ...

The stern action was announced after Prime Minister Imran Khan announced that government would not allow anyone to take the law into their hands and had issued directives to stop the long march planned by proscribed organisations.

ISLAMABAD – Prime Minister Imran Khan has decided to handle protesters heading towards Islamabad under the banner ...