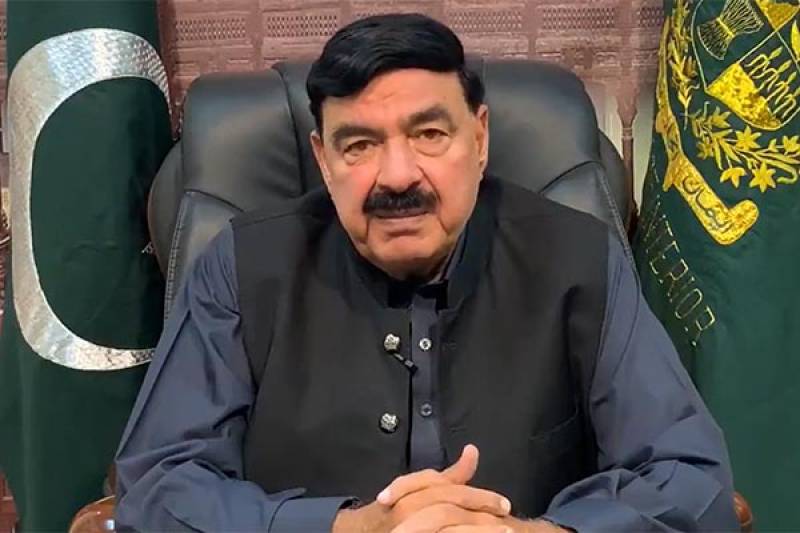 ISLAMABAD - Interior Minister Sheikh Rashid Wednesday announced the deployment of paramilitary troops in Punjab for the next two months amid an ongoing TLP-led protest.

Addressing a press conference, the minister said that rangers troops were being deployed under Article 147 of the Constitution, in addition to giving anti-terror act power to the provincial government.

Saying law and order situation will be maintained at every cost, he claimed that the members of the banned TLP used weapons to target police officials during the clashes.

So far, three policemen have lost their lives and scores of others have been injured, he said.

"TLP is a banned outfit and there are fears of international sanctions," he said.

Earlier in the day, Federal Information Minister Fawad Chaudhry said that the cabinet has decided to treat banned TLP as a militant outfit and that no one will be allowed to challenge writ of the state.

He said that every individual has the right to have his own particular belief, but no one will be allowed to blackmail the state.

He said the state and the government demonstrated utmost restraint and avoided use of force against the violent protesters of banned TLP.

Chaudhry Fawad Hussain said the banned TLP is not a political organization and instead a militant group.

He said previously the banned TLP activists had martyred six police officials and injured over 700 people and this time they martyred three more policemen and injured 49 others.

He said it is now responsibility of all the institutions to treat banned TLP as a militant outfit.

ISLAMABAD – Prime Minister Imran Khan has decided to handle protesters heading towards Islamabad under the banner ...