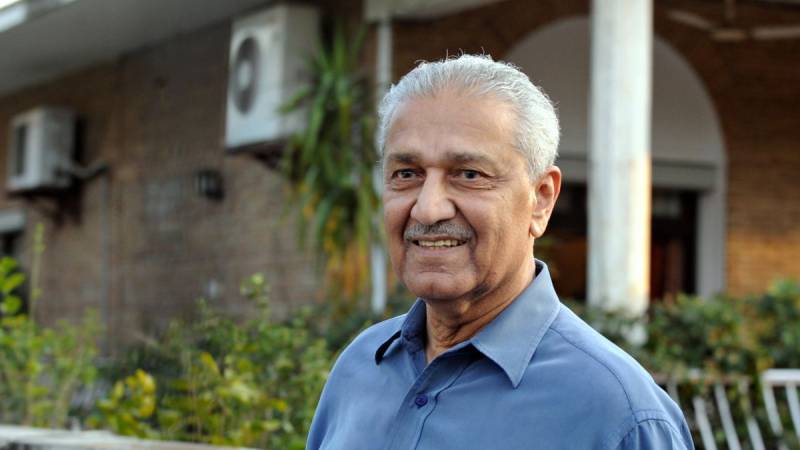 ISLAMABAD – The government has directed Capital Development Authority (CDA) to name a road and a building after late Dr. Abdul Qadeer Khan – the father of Pakistan’s nuclear program – to mark his contribution to the country.

The cabinet also directed federal officials for naming a road in the country's federal capital after the late Pakistani scientist.

Meanwhile, different proposals were under consideration and soon the CDA will decide which building and road will be named after top Pakistan's nuclear scientist.

CDA officials would submit all proposals while Kohsar Complex on Constitution Avenue is the top priority and a road at sector F-10 is also under consideration to be named after Khan however no final decision has been made yet.

Khan passed away in the country’s federal capital on October 10 at the age of 85. He was given a state funeral at Faisal Mosque before being laid to rest at the H-8 graveyard.

He was earlier admitted to a local hospital where his health deteriorated early morning. A large number of people, including cabinet members, parliamentarians, and military officers, attended his funeral prayers.