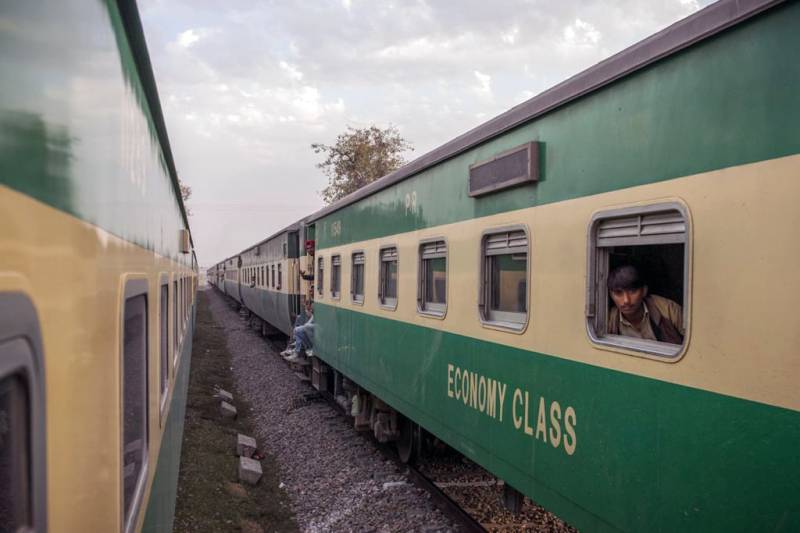 LAHORE – Pakistan Railways Minister Sheikh Rashid Ahmad Saturday said that 20 new trains would be introduced in the coming year, including 2 VVIP trains with food supplied by any 5-star hotel.

Addressing a press conference at a local hotel, he said that 20 freight trains would also be run before March 23, 2019.

He said that a good response had been received by introducing new trains during the first 90 days period so it had been decided to operate more trains.

The minister thanked Chief Justice of Pakistan Mian Saqib Nisar for giving deadline of sixty days to all courts for giving decisions on the railways cases.

He said the chief justice of Pakistan had done so many works for Pakistan which would be remembered forever.

The minister told the media that railways teams had caught 6712 ticket dodgers from trains during last six days and Rs70 million were collected from them in the form of fare and fine.

"I warn all divisional superintendents to show zero tolerance towards ticket dodgers in trains and ask passengers not to travel without tickets in the trains," he added.

ISLAMABAD – Pakistan Railways is planning to launch three tourist trains soon with an aim to promote tourism in the ...

Sheikh Rashid said that a special coach for women was being attached with Rehman Baba express train on the request of Pakhtoon friends, however, gradually a special ladies compartment would be ensured with all trains to Karachi.

He requested the passengers not to travel on roof top of trains as safety was important than everything.

He said that passengers can directly report him in case of misconduct of any railway employee with any passenger.

The minister said that ECC had approved oil depots in Engine sheds and all railways oil transport would be merged in one unit till the establishment of fuel pumps in the railways.

He said that no black-sheep would be tolerated in the department.

The minister urged the public to give name for new trains and announced a reward of Rs25,000 for suggesting a good name.