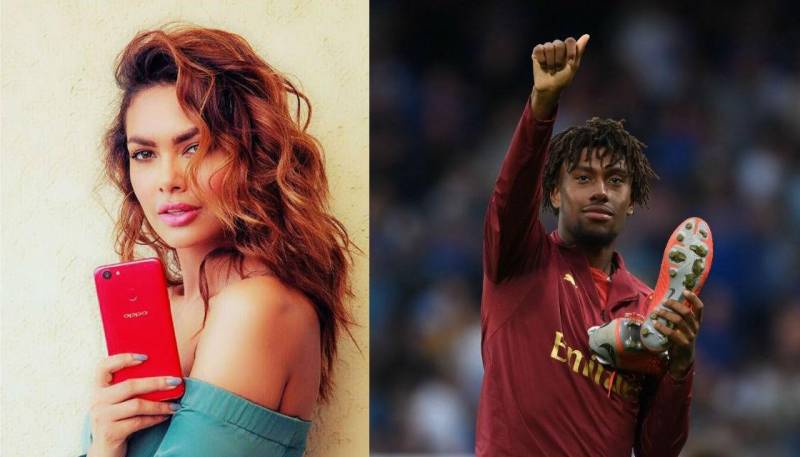 MUMBAI - Bollywood star Esha Gupta faced major backlash for her racist comments against Nigerian footballer Alex Iwobi. The actress, who is a die-hard football fan, is also an ambassador of the team Arsenal.

The actress recently shared a screenshot of a conversation between her and her friend Varun Gupta in which she is seen having a conversation about a recent match.

In the screenshot of a WhatsApp conversation, Esha’s friend could be seen criticizing Iwobi for his performance followed by him being called ‘gorilla’ after which social media went ablaze with fury.

Esha’s friend had commented, “evolution had stopped for him” to which she responded: “Haha... I don't know why they don't bench him more." 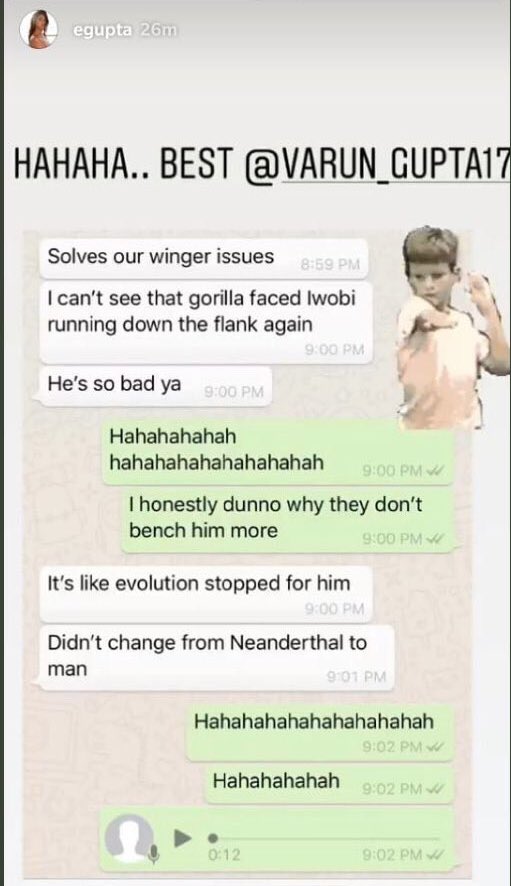 "You are a racist piece of trash," wrote one user

Here are some of the comments:

"Pathetic! Shame on you! Never was a fan, and you've lost more fans. Words. They are like knives and you can't take them back" said another.

It’s really shameful . No room for Racism may it be from anyone . Really disgusted to know that she finds a racist comment funny😠 #EshaGupta

#EshaGupta
The most foolish racist in the world.

After the massive backlash, Esha took to Twitter to apologize. “Guys I am sorry you thought it was racist. Was bad on my part, being a sports lover. Sorry guys, forgive the stupidity. It was us discussing our frustration during the game. Sorry as I didn’t realize it was directed towards racism. Laughed over the spur of the moment, which was the game’s result guys. Been a victim of racism myself before. But this is not something I am proud of. It was a fault, sorry guys,” she wrote.

Meanwhile, many football fans are still not happy with her apology and are demanding Esha be removed from her Arsenal ambassador post.