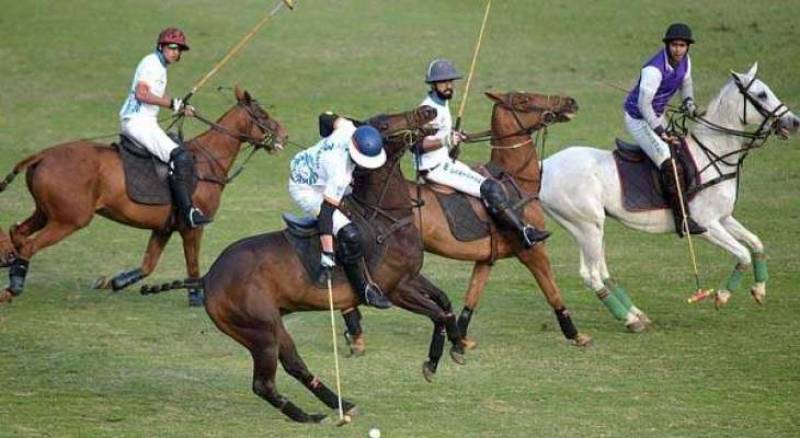 In the first match of the day, Master Paints Black outsmarted Total Nutrition by 10-5. Raja Temur Nadeem emerged as the hero of the day for Master Paints Black as he scored a quartet while Jami Li Hardi hammered a hat-trick, Ahmed Ali Tiwana banged in a brace and Sufi Haroon contributed one goal. From Total Nutrition, which had two goals handicap, Bilal Haye thwarted two goals and Mumtaz Abbas Niazi struck one.

Master Paints Black started the match with a field goal by Jami Li to take 1-0 lead which couldn't last long as Total Nutrition got a 60-yard penalty which was beautifully converted by Bilal Haye to level the score at 1-1. Master Paints then launched an impressive attack and succeeded in banging in a brace through Jami Li and Raja Temur to take 3-1 lead before the end of the first chukker.

In the second match of the day, Barry's thrashed Olympia/Momin Ghee by 11-3. From the winning side, George Meyrick, Raja Samiullah and Raja Mikael Sami hammered a hat-trick each while Nafees Barry banged in a brace. From the losing side, Nicolas Corti thwarted two goals and Abdul Rehman Monnoo hit a goal.

Barry's were off to flying start as they fired in fantastic four goals to take 4-0 lead. They added two more goals in the second chukker to enhance their lead to 6-0. Nicolas then scored one for Olympia to reduce the margin to 6-1. Abdul Rehman Monno then struck one to further reduce the deficit to 6-2. Barry's then hammered a hat-trick to further stretch their lead to 9-2. In the fourth and last chukker, Olympia hit a field goal to make it 9-3 while Barry's banged in a brace to finish the match, having 11-3 lead.

On Wednesday, Guard Group/Master Paints will take on Total Nutrition in the first match of the day at 2:00 pm while Diamond Paints/Newage will vie against Olympia/Momin Ghee in the second encounter at 3:00pm.