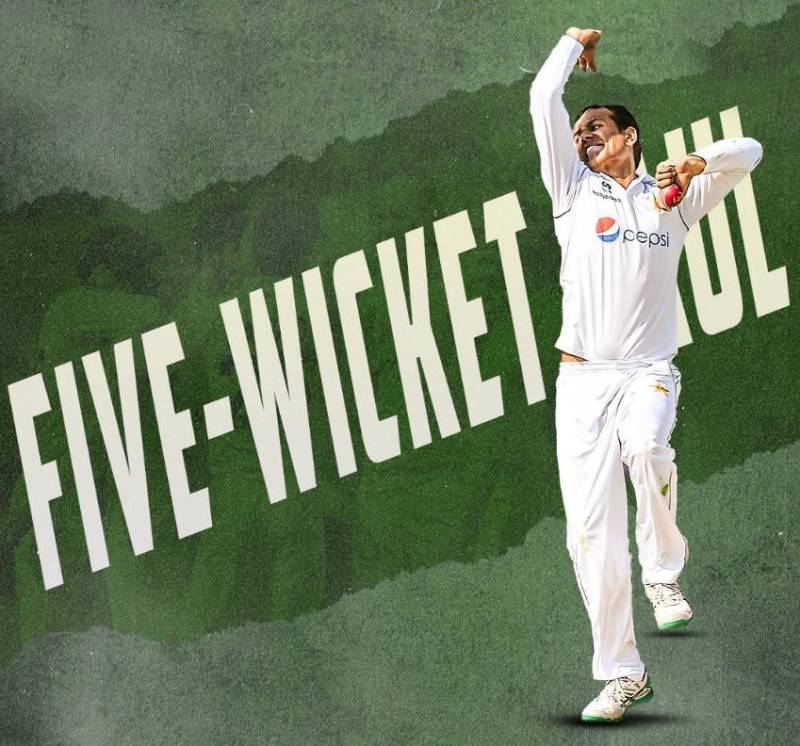 KARACHI – 34-year old off-spinner Nauman Ali becomes the star performer in the first test as he registered figures of 5-35 in the second innings.

The debutant finished the match with figures of 7-73, which was the eighth-best figure by a Pakistan bowler on his debut in Test cricket.

Ali also became the 12th bowler in Pakistan’s Test cricket history to register a five-wicket haul in the first match.

The left-arm spinner, who hailed from Sanghar, has played 79 First-Class matches and managed to take 289 scalps.

He made his debut in First-Class cricket in the year 2007 while playing for Hyderabad against Lahore Ravi.

Before making his debut in international cricket, he had 285 wickets in First-Class cricket in 79 matches at an average of 23.98, which included 18 five-wicket hauls and five 10-wicket hauls.

Pakistani cricket captain Babar Azam is third best batsman in the world according to the ICC’s new rankings. ...