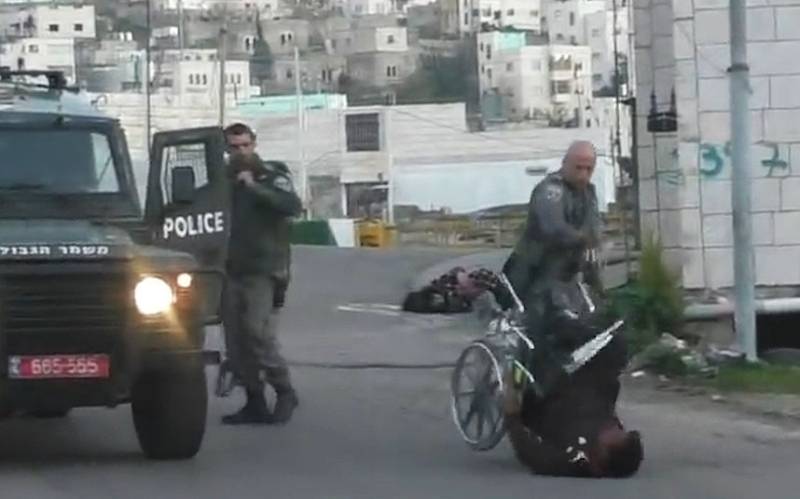 ISRAEL - A shocking video has emerged on social media in which Israeli police can be seen humiliating a disabled Palestinian man on the wheelchair.

The video shows an Israeli soldier shoving the man and making him fall out of his wheelchair. The soldiers then opened fire to disperse the people trying to rescue the disabled man.

Majed al-Fakhouri, 53, said he was trying to help an injured girl, who had been shot in the arm by officers during an attempted stabbing just moments earlier, when he was ruthlessly pushed to the ground.

One policeman was seen thrusting his rifle in the face of a crowd member and trying to kick him away.

Onlookers are then seen running for cover after an Israeli soldier throws a stun grenade into the road.

The incident was captured by onlookers and shows Mr al-Fakhouri dumped in the middle of the road by the aggressive officer.