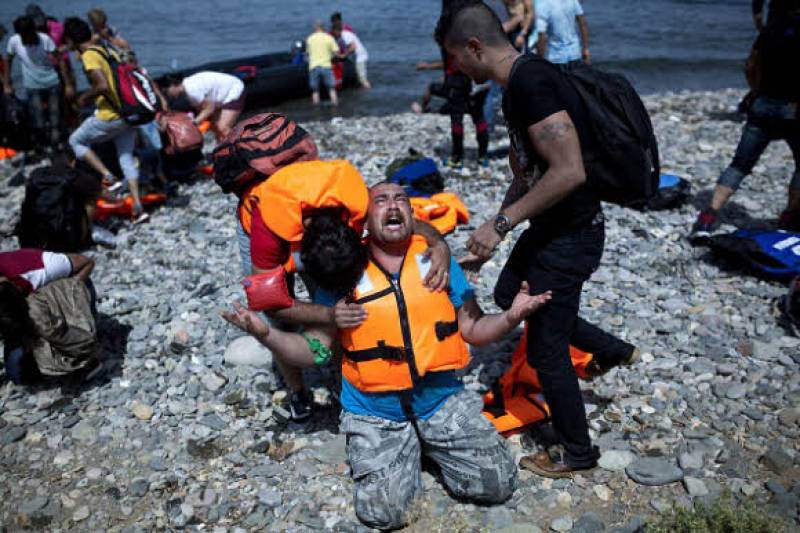 CANBERRA: The Leave campaigners in Britain's recent EU vote Boris Johnson, Michael Gove and Nigel Farage have all called for the adoption of an Australian-style immigration system to control the inundation of refugees in the UK, even though experts from Australia have said that the system is “morally offensive.”

Australian immigration detention centers have long been flagged as sites of ongoing human rights violations. Recently, concerns have intensified that the treatment of asylum seekers in detention is like torture and a violation of human rights.

Reported instances of abuse at Australian immigration detention centers include waterboarding, zipping and individuals being tied to a metal bed with cable ties and injured.

To avoid prosecution under international law, Australian officials have constructed two detention centers on the islands of Manus and Nauru, which are both territories outside Australia. The condition of detainees at these centers is a closely guarded secret. Doctors working with the detainees are even legally barred from speaking out about their wards' ill-treatment.

In a review of detention centers under the Australian government’s control, medical ethicists Dr John-Paul Sanggaran of the University of New South Wales, and Professor Deborah Zion of Victoria University, have warned that there is “increasing evidence that Australia is engaged in torturing asylum seekers.”

“There are allegations of situations, circumstances and actions that also constitute cruel and unusual punishment throughout Australian immigration detention,” they wrote.

They noted the allegations by guards at the Nauru detention center “of waterboarding, familiar to most as a torture technique that simulates drowning used by the Central Intelligence Agency (CIA) in places like Guantanamo bay.”

Detainees are also secured to metal bed which are thrown in the air, causing injuries to the bound  individuals, they added.

The ethicists said "protections that ensured asylum seekers’ human rights have long been absent in the Australian immigration detention setting."

“In this way, those who control the collection and dissemination of information, in this case successive Australian governments extinguish evidence of the suffering of those in the present and silence their voices for all time,” they added.

In another article, Professor David Isaacs, who provided pediatric services at an immigration detention center, said the persistent imprisonment was “arguably to coerce asylum seekers into voluntarily returning to their own or another country and to deter others from seeking asylum.”

Last year, a United Nations report also accused Australia of breaking the Convention Against Torture over its treatment of migrants but the then Prime Minister, Tony Abbott, responded that “Australians are sick of being lectured to by the United Nations,” maintaining that their policies had stopped refugee boats from trying to make the dangerous sea journey to Australia and “ended the deaths at sea”.