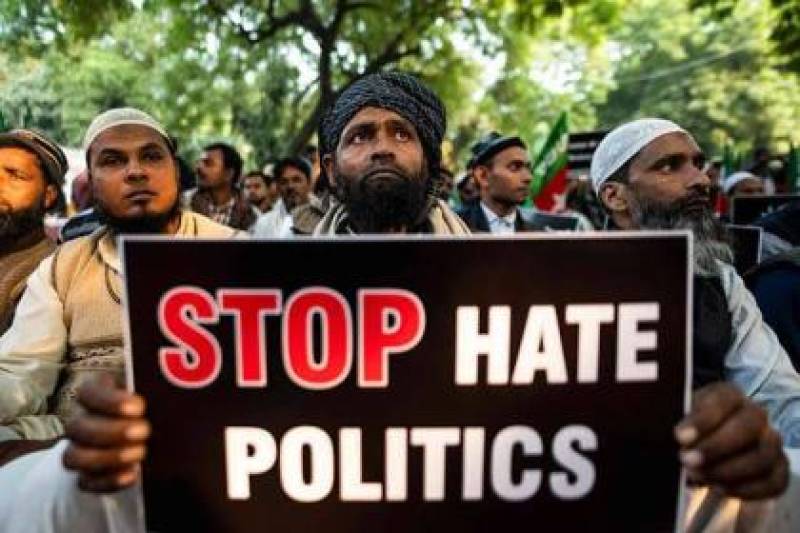 The report mentioned that “new legislation has prompted protests and divisions across India, as, according to both internal and external observers, citizenship would be determined along religious criteria, which risks undermining the country’s traditional secularism”.

It said India’s plan to launch a national register of citizens has further increased the Muslim community’s fear of discrimination. Communal tensions flared into violence in late February 2020 in Delhi, claiming 53 lives.

The report said communal violence in India has increased besides violence and discrimination against religious minorities. The 2019 World Press Freedom Index has highlighted violence against journalists as one of the most striking characteristics of the current state of press freedom in the country.

The think-tank mentioned that in June 2018, the UN High Commissioner for Human Rights issued a report on Kashmir criticising the excessive use of force by Delhi’s security forces in the Indian-administered part.

The Bharatiya Janta Party has stepped several initiatives catering to its Hindu nationalist electoral base.

A symbolic move was when in early August 2019, Jammu and Kashmir, India’s only Muslim-majority state, was stripped of its autonomy through the repeal of Article 370 of the Indian Constitution.

The move was preceded by a vast deployment of troops to the state and the detention of thousands of political leaders and activists. Telephone and internet services were cut off.

The report stressed that in most parts of the country, the narrative against the CAA is based on the government’s decision to grant citizenship along religious lines, which arguably undermines India’s secular tradition enshrined in the Constitution. Outright critics see the legislation as deliberately ‘anti-Muslim’.

It recalled UN Secretary General Antonio Guterres echoing concerns with warning about the risk of statelessness in India. UN High Commissioner for Human Rights, Michelle Bachelet Jeria filed an Intervention Application on the CAA to the Supreme Court; the latter is due to examine more than 160 CAA-related pleas.

“The report is based on facts and truth, and exposes the oppression against Kashmiris going on since decades,” he said in a statement, urging the United Nations and European Union to take urgent notice of the brutalities committed by the Indian security forces.

Since Jammu and Kashmir is a disputed territory, he said the international community should play its role to resolve the issue.

Disruption due to the outbreak of COVID-19 coronavirus led the State Bank of India to lowe estimates for FY2020 to 4.1 percent growth and to a mere 1.1 percent for FY 2021. Job creation is lagging, in a country with 800,000 young people joining the labour force every month.

The National Sample Survey Office’s periodic labour force survey has found that unemployment stood at a 45-year high of 6.1 % in 2017-2018. In March 2020, with the growing coronavirus pandemic the Indian rupee plunged to a record low against the US dollar.

The report said the budget did not meet expectations of tackling existing structural weaknesses and providing a large fiscal antidote to the economic slowdown.

On India’s reponse on coronavirus, the report expressed concern over the country’s public healthcare system with the State investment of 1.28 percent of GDP in FY 2019.

It said with respect to managing social reactions, the situation in India is complicated with reports about police cracking down on Muslims under the cover of the crisis – community also accused by the right-wing extremists of spreading coronavirus.