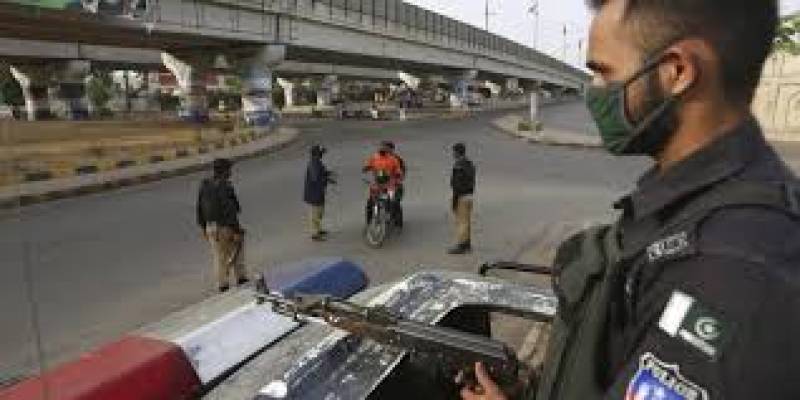 KARACHI – With 80 new cases reported in last four days, around 1225 personnel and officers of Sindh Police have been infected with coronavirus so far, informed a spokesman to Sindh Police on Monday.

He said currently 894 officers and personnel were under treatment while 318 have returned to their homes after recovering from the disease.

The spokesman added that 13 officials lost their battle against COVID-19, out of them 11 belonged to Karachi Range and two from Hyderabad Range of Sindh Police.

The number of coronavirus cases in Pakistan rose to a total of 208,051, according to government data until early Monday evening.

The death toll related to COVID-19 has reached 4,241, according to the National Command and Control Centre, while at least 96,500 patients have fully recovered.

Punjab has reported the highest number of deaths, a total of 1,681, while Sindh and Khyber Pakhtunkhwa follow with 1,343 and 922 fatalities respectively. Balochistan has recorded 116 fatalities; Islamabad, 127 deaths; Gilgit Baltistan, 24; and Azad Kashmir, 28.