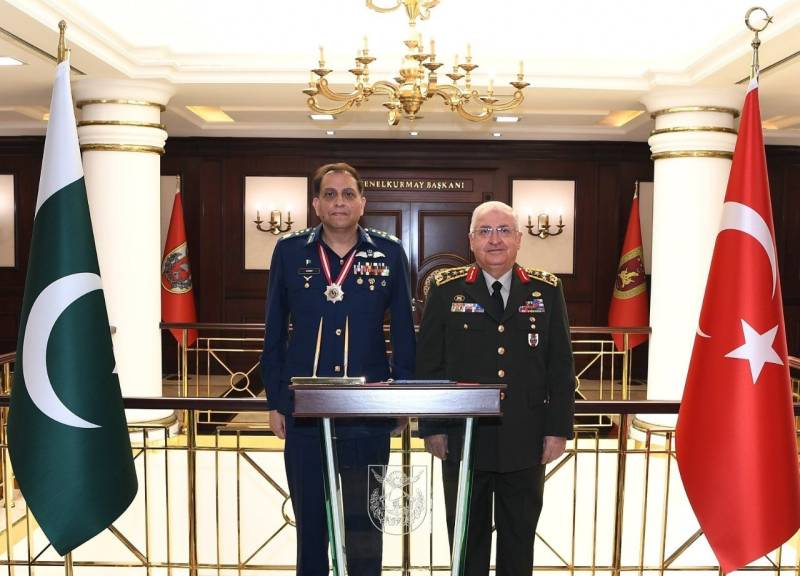 ISLAMABAD/ANKARA – Chief of the Air Staff Air Chief Marshal Zaheer Ahmed Baber Sidhu, who is on a four-day official visit to Turkey, called on senior Military leadership of Turkey on Tuesday (today).

According to the DGPR Air Force, the Air Chief separately called on Minister for National Defence of Turkey Mr Hulusi Akar and Chief of the Turkish General Staff General Yasar Guler.

Both sides discussed ways to further promote bilateral ties, particularly between the two air forces through mutual experience sharing as well as relying on the respective strengths of each side.

They also discussed to exchange and training of pilots between the Pakistan Air Force and the Turkish Air Force.

A delegation of Pakistan Air Force led by Air Vice Marshal Tariq Zia held a meeting with Deputy Minister of Defense of ...