Pakistan to get 2.5 mn Moderna jabs from US 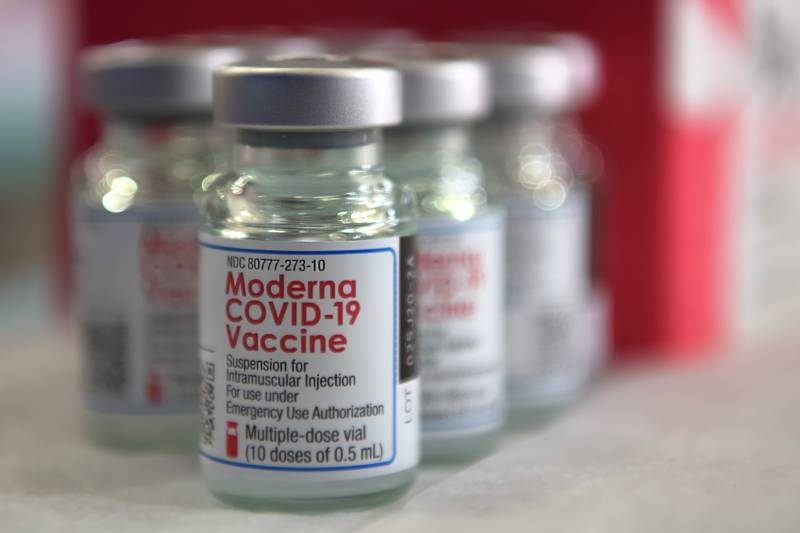 Reports quoting White House press secretary Jen Psaki cited that the Biden administration has decided to send two million doses of the Pfizer Covid vaccine to Peru. Besides, she said, 1.5m doses of the Moderna vaccine were being transported to the South Asian country. Thanks to the president's commitment to playing a leading role in ending the pandemic everywhere, the statement further reads.

Earlier, it was also reported that Pakistan is likely to receive Moderna’s mRNA-1273 coronavirus vaccine doses in the coming weeks via COVAX.

Ministry of National Health Services Regulations and Coordination official had said that talks were underway with COVAX to acquire the Moderna Covid-19 vaccine.

Pakistan has recently received 100,000 doses of the Pfizer vaccine through the COVAX, the World Health Organisation’s global shared vaccine program, and also made an agreement to procure 13 million doses of the COVID-19 vaccine from Pfizer.

Pakistan is all set to receive millions of doses of Covid vaccines starting next week as the government aimed to vaccinate 70 million people by the end of this year.

ISLAMABAD – Pakistan is all set to receive millions of doses of Covid vaccines starting next week as the ...

At least 100,000 doses of Russian vaccine are being acquired by officials via bilateral purchase.

Reports quoting an official of the National Health Services, Regulations and Coordination said the country has inked an agreement for the purchase of one million doses of Russian Sputnik V vaccine while three million doses of China’s Sinovac will also be received by the end of this month.

Other than these vaccines, the South Asian country will also receive over 12 million doses of the AstraZeneca vaccine in July via COVAX.

LAHORE – Pakistan will soon produce its own coronavirus vaccine, said University of Veterinary and Animal ...