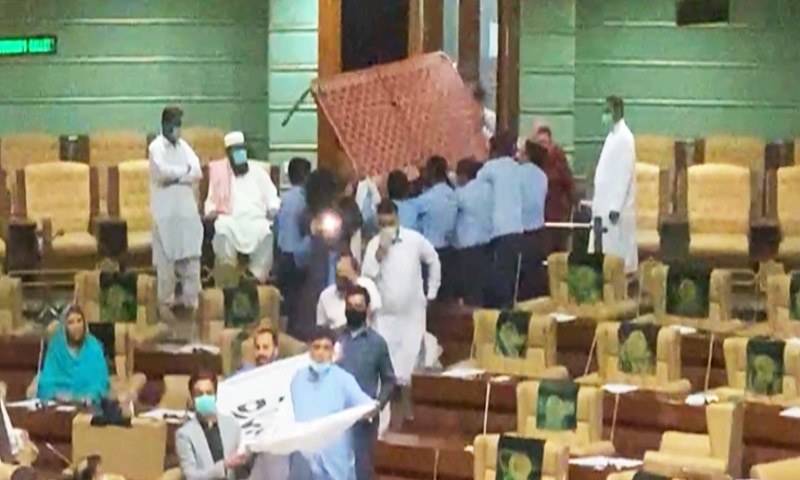 The order stated that ‘The Honourable Speaker Provincial Assembly of Sindh during Proceeding of the House in its sitting held on Monday 28-06-20 observed conduct of the said Members of Provincial Assembly of Sindh grossly disorderly and expressed displeasure over it. Such disorderly conduct of above said Members damaged the sanctity of the House and also Parliamentary practices’, it further added.

The commotion started when Haleem Adil Sheikh, the leader of the opposition in the Sindh Assembly, was not allowed to address. Sheikh asked Speaker Agha Siraj Durrani to let him speak but the permission was denied which irked the PTI members.

PTI members were not allowed to speak and they ended up bringing the charpoy to the venue and chanted slogans of ‘funeral of democracy’.

Speaker Agha Siraj Khan Durrani then ordered the staff to take the folding charpoy out of the venue and maintain the decorum, saying that the ‘Opposition had violated the sanctity of the House.’

Condemning the bizarre behavior of provincial lawmakers, Durrani has also ordered a probe into the scuffle between the members from the opposition and treasury benches.