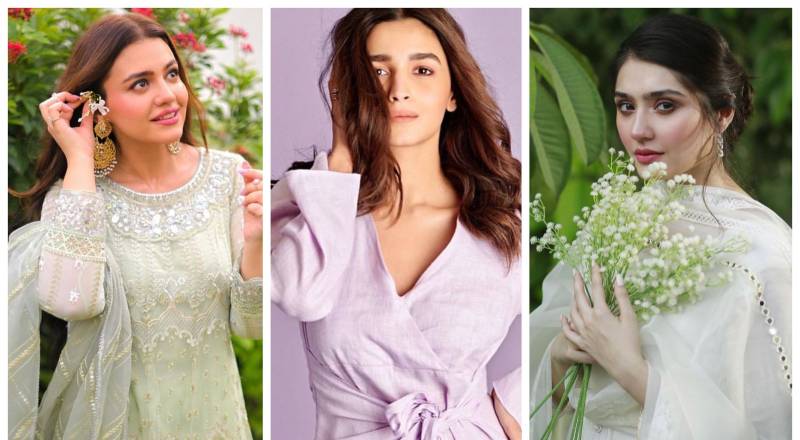 Bollywood's leading lady Alia Bhatt made headlines ever since she announced she is expecting her first child with Ranbir Kapoor.

The Gangubai Kathiawadi actor was thankful for the love she and Ranbir received over pregnancy news.

However, the Raazi actress's Instagram story addressed rumours about how Ranbir was set to jet off to the UK to bring her home. Reacting to the Indian publication's sexist remarks, Alia had a strong stance and she slammed the patriarchal reports on her pregnancy.

“Meanwhile we still live in some people's heads. We still live in a patriarchal world. For your information, nothing has gotten delayed! No one needs to pick anyone up." 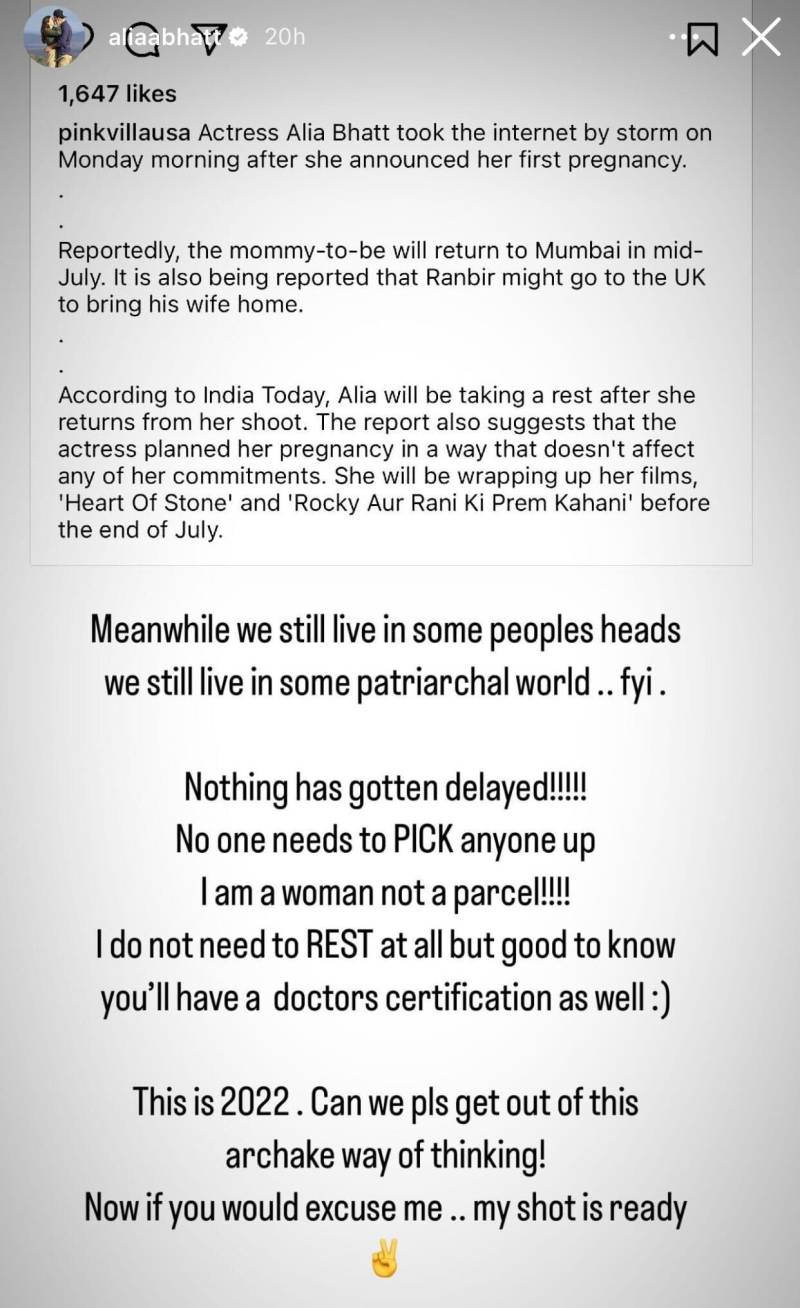 "I am a woman, not a parcel! I do not need to rest at all but good to know you'll have a doctor's certification as well. This is 2022. Can we please get out of this archaic way of thinking! Now if you would excuse me, my shot is ready.”

Bhatt's response drew widespread applause and even Pakistani stars jumped onto the bandwagon of showing their support. Zara Noor Abbas and Durefishan Saleem took to their Instagram stories to write that women don't have to prove anything.

"Becoming pregnant and being an actress makes the society feel you are not good for work anymore. Well guess what, WOMEN are good enough for everything and anything and it's time the dictators realise so. We don't have to prove our motherhood and craft to any patriarchy," the Badshah Begum actor wrote. 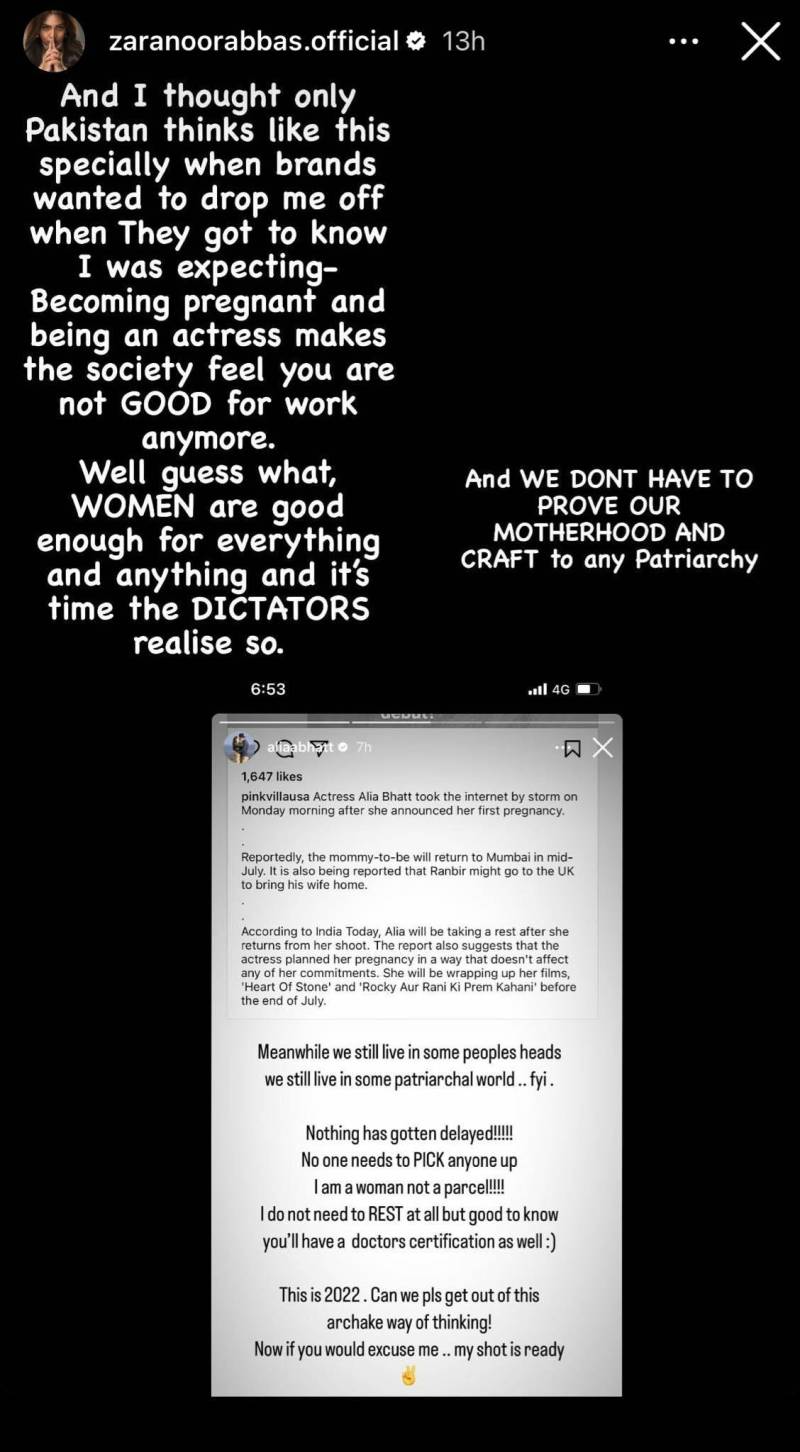 As for the Bharas actor, she said. "We can get married/make babies and still be kick a** fab. Marriage is a part of life not a [halt]." She also said people need to stop telling women that their career goals don't align well with that. 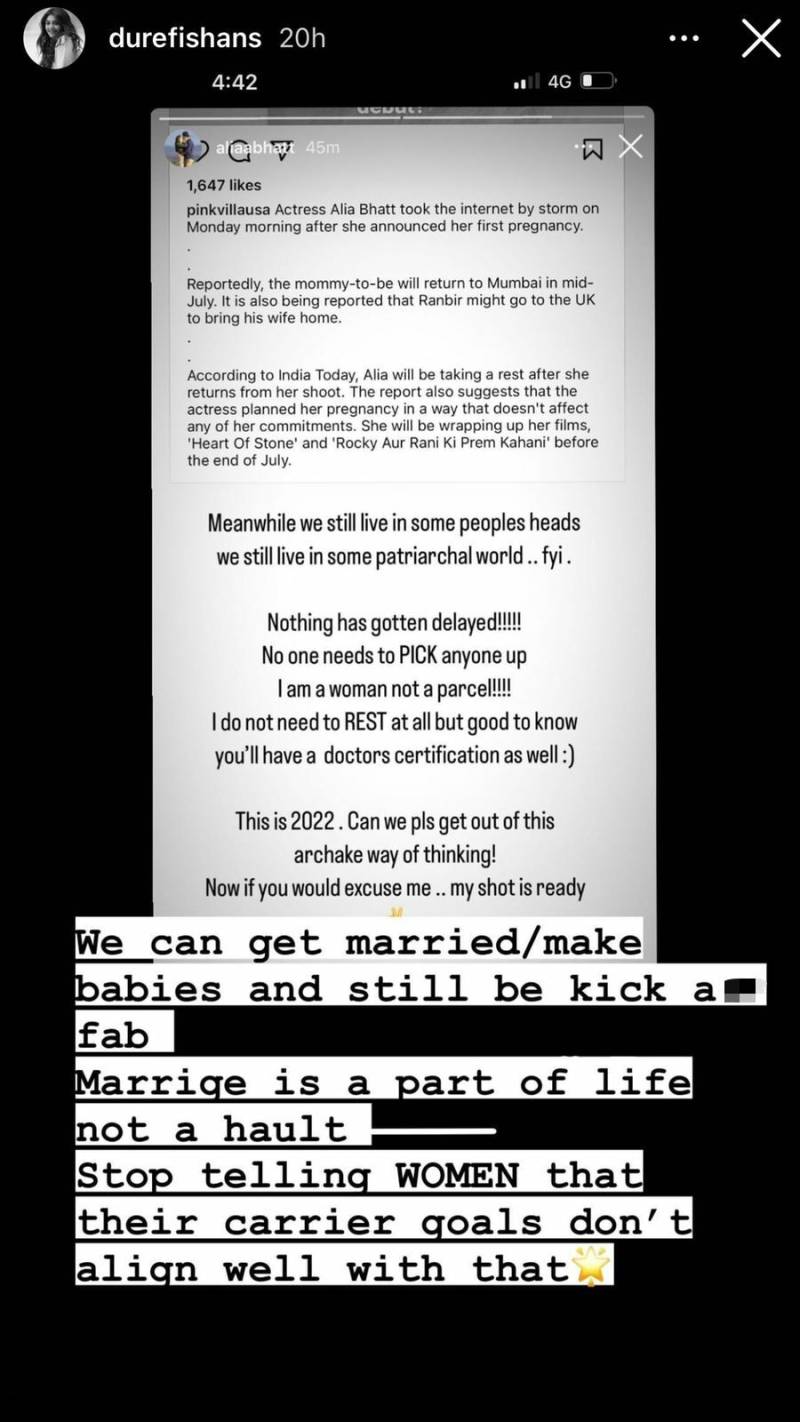 Earlier, lovebirds Ranbir Kapoor and Alia Bhatt officially tied the knot in an intimate celebration in April, this year.

MUMBAI – Congratulations are in order as Bollywood superstars Ranbir Kapoor and Alia Bhatt are expecting their ...