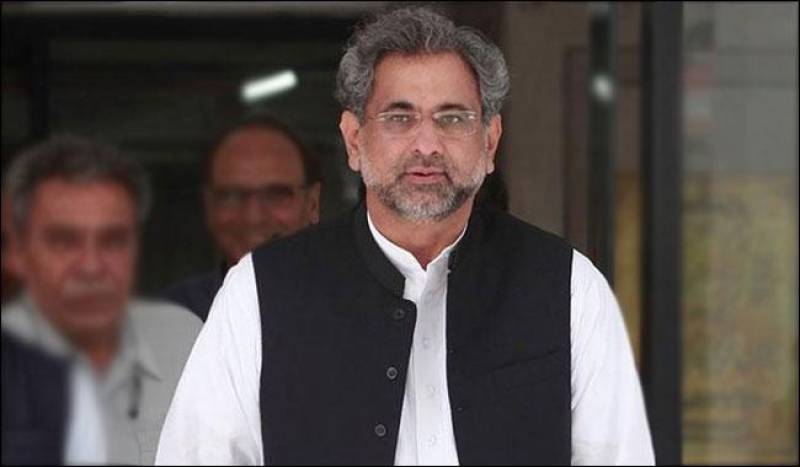 Addressing an event in Havelian, Abbasi reiterated that former Prime Minister Nawaz Sharif fulfilled his promises made by him. He added that the country made matchless progress during the Pakistan Muslim League-Nawaz’s tenure unlike the past 65 years.

“This is the difference between past and current governments,” the PM said, asking people to vote keeping in view the current politics.

“I do not think that people will vote for those who staged sit-ins,” he said while referring to the Pakistan Tehreek-e-Insaf's 2014 protests. He added that the PML-N will accept the decision of the public in upcoming elections.

He said that 2018 general elections will be held on July 25.

The motorway project starts from Havelian, passes through Abbottabad, Mansehra, Shinkiari, and terminates at Thakot in Khyber Pakhtunkhwa.

Completion of the project will pave the way for agricultural and industrial development and open up new avenues of economic uplift and employment opportunities.