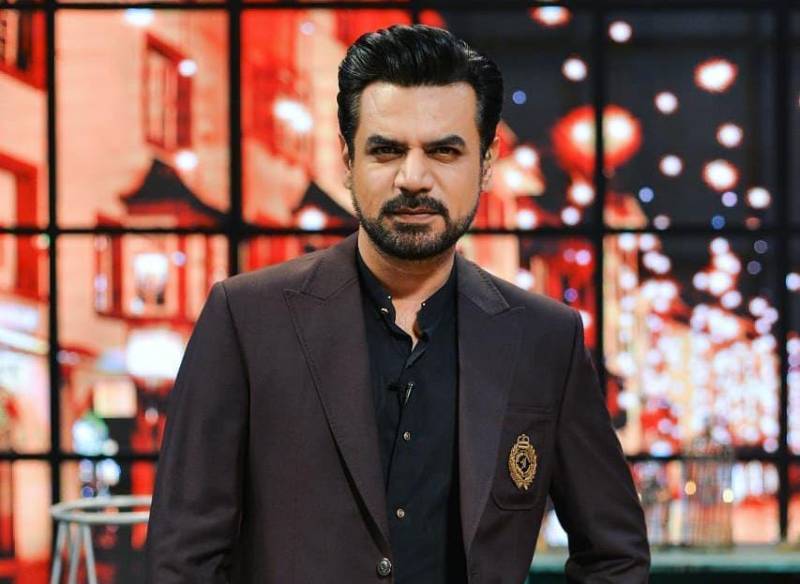 Lollywood's celebrated actor, screenwriter and host Vasay Chaudhry, who was recently appointed vice-chairman of the Punjab Film Censor Board, has some myths to debunk about the jury system for award shows.

Chaudhry called online polling or voting a “stupid concept” because that’s where the power of massive fandoms can't show their power, and in comes the jury to judge a celebrity solely based on their talent.

In an interview with famed director Rafay Rashdi, the Timmy G actor went into details of how the jury system for Pakistani award shows works. The London Nahi Jaunga actor, Chaudhry said, “I’ve been nominated a couple of times and five years ago I was part of a jury for two years. The time I’m talking about is before social media and I’ve been clear about one thing that there’s no such thing as public voting. It’s the biggest black hole you can jump into, there’s no such thing as public voting because only jury can decide,” he said.

“This is a not-so-Pakistani yet a Pakistani invention that there is a public voting or polling session, it’s all rubbish. It’s like the Oscars, if Leonardo DiCaprio was nominated, he would’ve gotten an award years ago because no fan club is bigger than his and he won just now, like two or three years ago. He should’ve won one for his film Titanic. Tom Cruise would’ve won an Oscar every single time because he has a fan club of his own as well. The same goes for Brad Pitt. Conclusion: there’s no such thing as online viewing or polling,” he quipped.

“Here come the peers, the seniors who will judge their skill sets, be it actor, writer, director or musician. This is where fans are removed from the picture. Even if I have one or two fans or if it’s Fawad Khan with his 20 million fans, they are all removed. Now our skill-set will be prioritized and presented to that jury who will decide which actor, director, writer or whatever wins. It’s a big glitch in the Pakistani award system because they do this ‘to increase interaction’ for their award show to expand. It’s ridiculousness,” the Jawani Phir Nahi Ani star said.

“This concept came from the Lux Style Awards (LSAs). But even before that, it came from India, in 1996 or a time after that when Shah Rukh Khan won a lot of awards. But at the same time came Manoj Bajpayee’s Satya that did really well, on his level. That’s where they understood that Bajpayee can act and came critic awards, Best Actor Critic and Best Actor Popular. This way they kept the actor’s honour as well as the popularity factor,” the Na Jaane Kyun actor continued.

For Chaudhry, Pakistani award shows follow the same protocol. “Our version of that is that the Best Actor award is bagged by the one who gets the most votes. It’s not elections, it’s about judging someone based on the skills, by veterans of the industry,” Chaudhry said.

Chaudhry suggests that “there’s no such thing as viewers choice because there’s only one Best Actor award. Not Best Actor Critic or Best Actor Choice.”

“You’re not in a cinema hall, you’re not in the box office. That’s separate. An examination hall where someone like veterans or experienced people are judging you, it’s about your skills not about your fans or perhaps even your star power or anything of that sort. This is a way to make someone happy because you don’t want to break their heart that this actor or actress doesn’t leave without an award,” he said.

For the unversed, the debate began when actor Feroze Khan bagged the Best TV Actor (Male) Viewer’s Choice at the 21st LSAs this week. Khan has been accused of domestic violence by his former wife Syeda Aliza Sultan, which  received public scrutiny.

On the work front, Chaudhry was last seen in Ishq for Sale, Nazdeekiyan, Mann Mayal, Absolutely Knot, Love u Jatta and Pyarey Afzal.