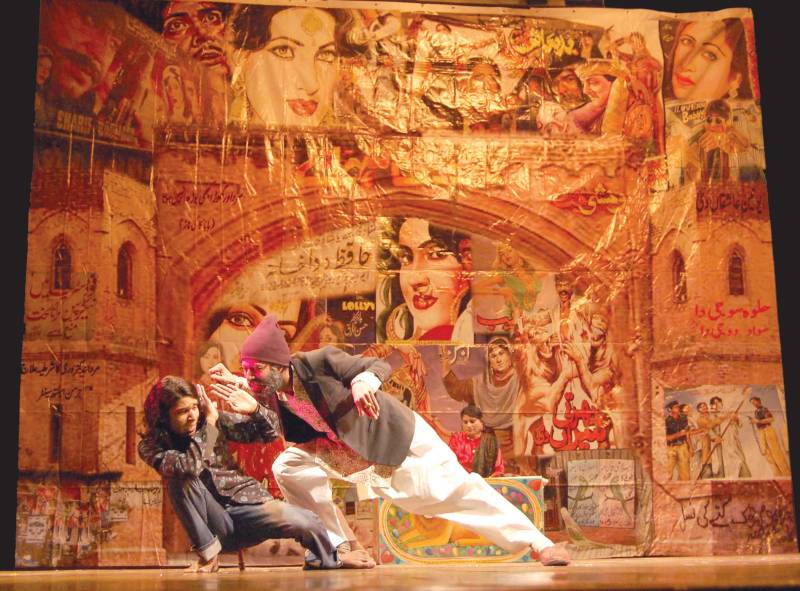 ISLAMABAD (Staff Report) - "Kaun Banega Badshah" - a theater play based on political satire to show the problems of the common people will entertain the fun lovers here on October 31 at Lok Virsa.

Ajoka theater's play "Kaun Banega Badshah" is written and directed by Shahid Nadeem while the story board depicts the problems being faced by the common people at the hands of the privileged elite in the existing form of democracy in Pakistan.

It is an entertaining and humorous presentation and has four lead characters. The play is based on a game show hosted by "Big Boss" who is assisted by a well-spoken assistant "Nizam". The cast includes Nayab Faiza, Usman Raj, Omar Dar, Ahsan Murad, Sohail Tariq, Qaiser Ali, Yaqub Masih, Aamir Sahotra and Shehzad Sadiq.

issue is being debated at the highest level and the lowest. the game still hangs in the balance.

The story is designed as a game show conducted by a mysterious host and participated by four kids of the ruling families. The show is full of weird games, funny situations, song and dance but retains

It is full of satirical songs and dances but it has a strong social message like all Ajoka plays which focus on socially-meaningful theater and thus contribute to the struggle for a secular, humane,

just and egalitarian society in Pakistan.

The plays of Ajoka strive to promote theater in Pakistan by blending traditional theater forms with modern techniques and provide entertainment which has a social relevance, said the organizers

Ajoka, which pioneered the theater movement in Pakistan, was set up in 1983 by a group of young people led by Madeeha Gauhar, a TV actress and theater director. Since then Ajoka has been continuously