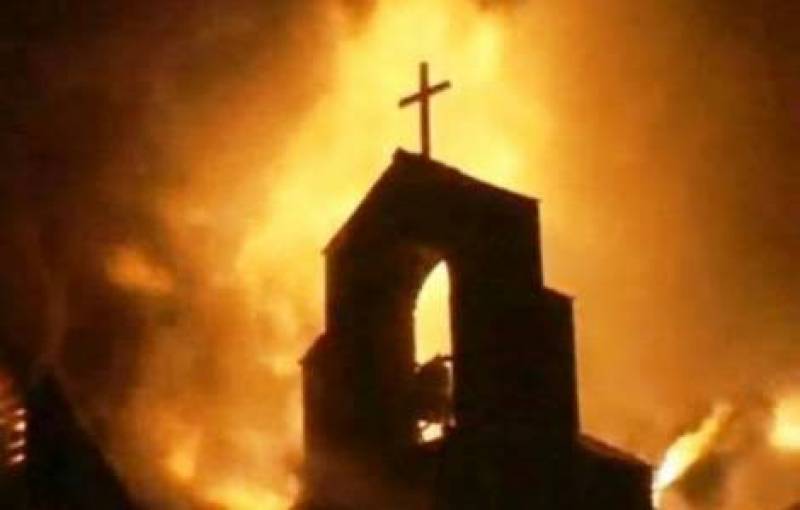 KARACHI – A small church was completely destroyed after it was set on fire allegedly by Christians in Pakistan’s largest city, Karachi, on Wednesday.

Fire tenders managed to douse the blaze before it spread to neighbouring houses.

Police said that a couple named Nasir and his wife Fouzia had set up the church at their rented house and declared themselves as pastors, but the Christian community was not ready to accept them.

The pastors and people from the community used to engage in heated exchanges over the matter, said police.