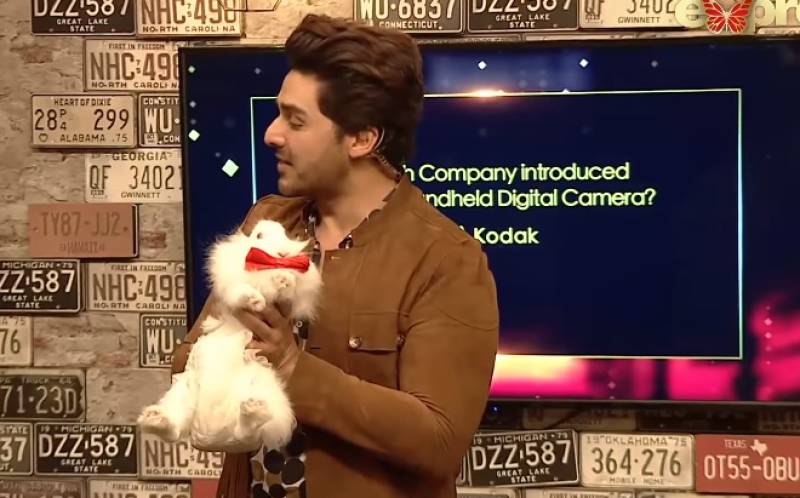 ISLAMABAD – The Pakistan Electronic Media Regulatory Authority (Pemra) has imposed a fine of Rs500,000 on a national entertainment channel for using animals as prop in its program Time Out with Ahsan Khan.

A petition was filed against the program, which is hosted by Pakistani film and television actor Ahsan Khan, by lawyer Faizullah Khan Niazi on behalf of Santia Gulzar against the TV channel and show.

“PEMRA saw fit to accept my arguments and impose a fine on Express Entertainment for using animals as props for the purposes of entertainment in its show Time Out with Ahsan Khan,” wrote Niazi on Twitter.

“The CoC [Council of Complaints] upheld the rights of animals and stopped unnecessary pain and suffering being caused to them,” added the lawyer.

PEMRA saw fit to accept my arguments and impose a fine on @Express_Ent for using animals as props for the purposes of entertainment in its show Time Out with @Ahsankhanuk. The CoC upheld the rights of animals and stopped unnecessary pain and suffering being caused to them. pic.twitter.com/OJUvWvYOvm

“The Council after hearing the matter was of the considered view that the treatment towards animals in this specific show caused unnecessary pain and suffering to the animals used as props in the show. Subjugating animals to such uncalled-for treatment is clearly prohibited under Article 4 and Article 9 of the Constitution of Pakistan,” read Pemra’s order.

For one of its segments, Ahsan Khan used rabbits as props while quizzing the celebrity guests. The host placed a rabbit on the lap of the guests if they failed to give correct answer.

In one of the show, actress Maya Ali was seen screaming out of feat when the host put the rabbit on her lap.

The complainant argued that such acts cause distress to the animal and accounts as animal cruelty.

Haniya Khan, who claims to be the third wife of famed televangelist and PTI lawmaker Dr Aamir Liaquat Hussain, has ...