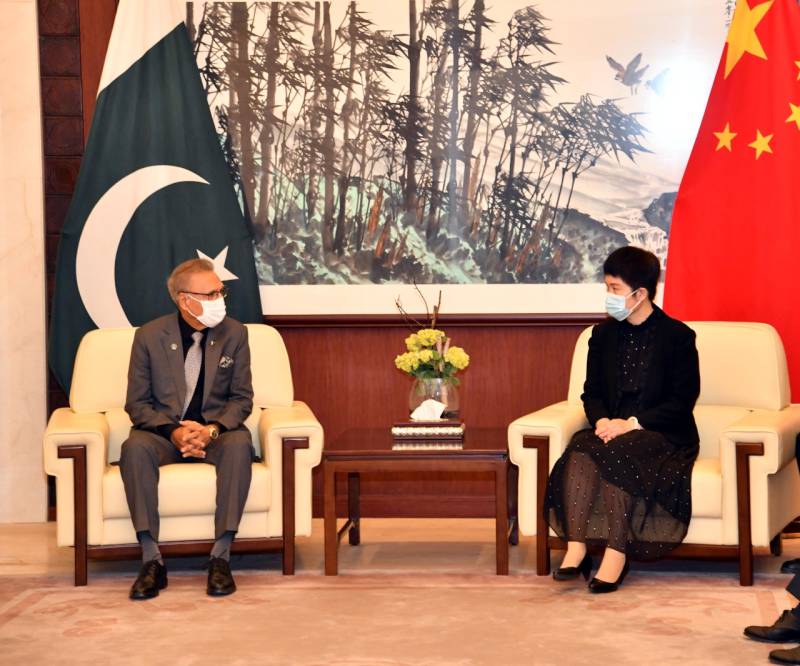 ISLAMABAD – President Dr. Arif Alvi condoled the deaths of Chinese nationals in the recent terrorist attack during his visit to the Chinese Embassy.

A statement issued by the President's Secretariat said the Pakistani President called on Charge d' Affaires, Pang Chunxue, and officers of the Chinese Embassy in the country’s federal capital. Offering his heartfelt condolences over the loss of precious lives, he said the entire Pakistani nation is in shock over the deadly incident.

Alvi mentioned hostile countries were behind the suicide attack that targeted Chinese nationals at Karachi varsity in a bid to sabotage the multibillion-dollar China-Pakistan Economic Corridor and damage the ties between Islamabad and Beijing.

We appreciate President Dr. Arif Alvi, PM Shehbaz Sharif, Ministers, political parties and friends coming to the Embassy to express condolences for the loss of Chinese teachers in Karachi terrorist attack. Together we will defeat the terrorism and work for a shared future. pic.twitter.com/X0UFTBIf7p

President further added that the hostile countries would not succeed in their nefarious designs as the neighboring countries have strongly committed to strengthening the all-weather friendship.

During the visit, Charge d' Affaires appreciated Alvi for his visit and expression of solidarity with China.

Pang maintained that Islamabad and Beijing have a shared future and a long history of friendship and close cooperation. She expressed hope that the culprit behind this incident would be apprehended and punished.