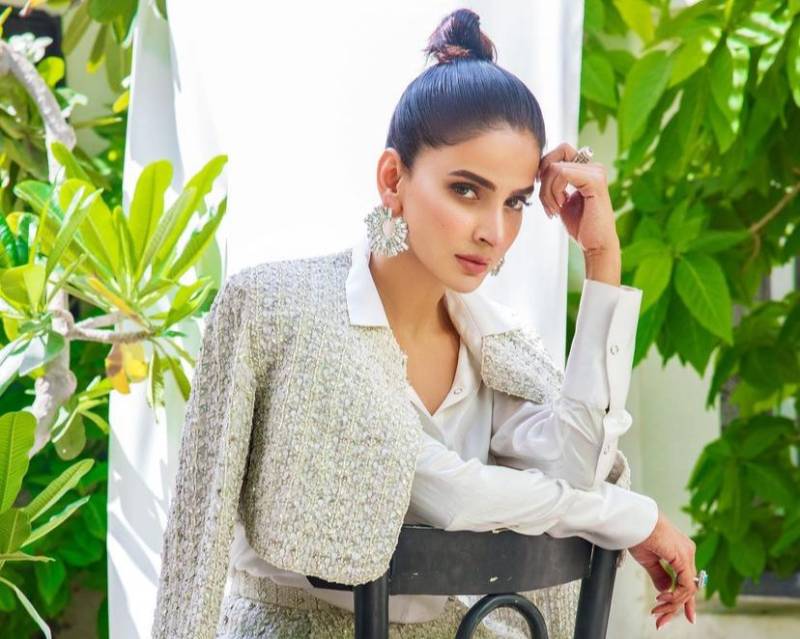 Lollywood diva Saba Qamar is the epitome of an endearing and exuberant woman who has mastered the art of leaving the fans awestruck with her glimpse.

The Lahore Se Aagey star has gained much admiration and appreciation ever since she rose to the pinnacle of fame with the drama serials Cheekh and Baaghi.

Now, the 38-year-old actress has looked drop-dead gorgeous at the premiere of her upcoming film Ghabrana Nahi Hai wearing an elegant white sari with rhinestone embellishment.

Starring Qamar, Ahmed, Syed Jibran and Nayyer Ijaz in the lead role, the film is directed by Saqib Khan. It is slated for an Eid ul Fitr release in 2022 after facing delays due to Covid-19.

Lollywood diva Saba Qamar is a talent powerhouse who bowled the audience with her charismatic performances in the ...