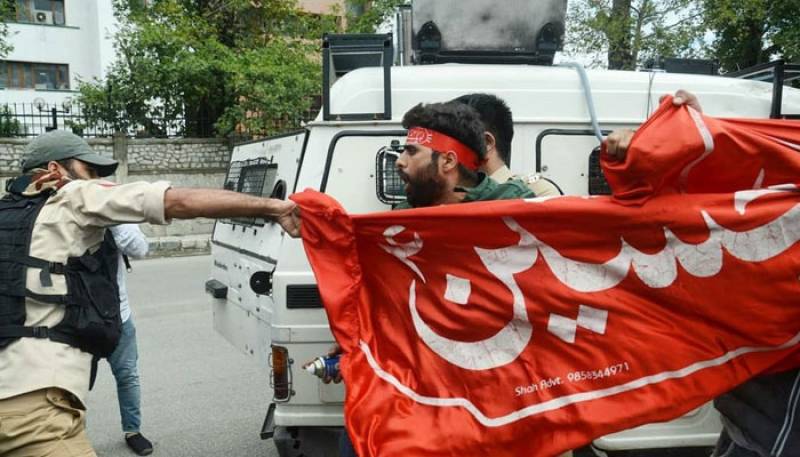 In a statement on Sunday, Foreign Office spokesperson Zahid Hafeez Chaudhri said the indiscriminate targeting of civilians with pellet guns, causing excessive and permanent injuries and even deaths in IIOJK, is a clear violation of human rights and humanitarian law.

The spokesperson further said that the BJP leadership must realize that it is directly responsible for these illegal actions of the Indian occupation forces.

He urged the international community to take urgent cognizance of these egregious human rights violations in IIOJK and use all tools at its disposal to hold India accountable for its illegal actions.

The spokesperson said India must be made to fully comply with its international legal obligations.

Our prayers are with hundreds of mourners injured during the deadly assault on Muharram processions by occupation forces in IOJK. India can never crush our resolve to end its illegal rule even though it has sped up the annihilation of Muslims in Kashmir. pic.twitter.com/qLYI1NjVkr

Due to the illegal and indiscriminate use of pellets, dozens of Kashmiris have reportedly been seriously injured, including with eye injuries causing permanent blindness.

Indian occupation forces in IIOJK have been using pellet guns and lethal cartridges since 2010 resulting in large number of deaths and grievous injuries to thousands of Kashmiris, including women and children.

The Kashmiri youth has been systemically targeted in this deadly campaign.

Kashmiris should be inspired by Karbala to fight Indian tyranny: Pakistan PM