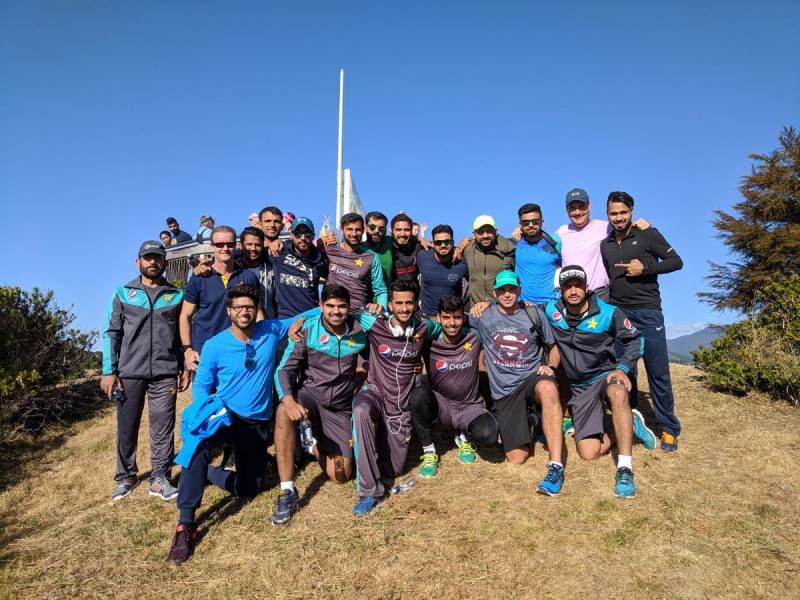 NELSON - Pakistan cricket team, ahead of the ODI series against New Zealand, are making most of the free time. Skipper Sarfaraz led his squad to visit New Zealand Monument on Saturday.

Team Pakistan will play a warm-up match against New Zealand XI on Wednesday (Jan 3). Both teams will be playing five ODIs and three T201, starting from January 6 to January 28, however, exploring the country is also an essential part of any visit too.

The T20I squad will be announced later.