Famous figures who left the world in 2020 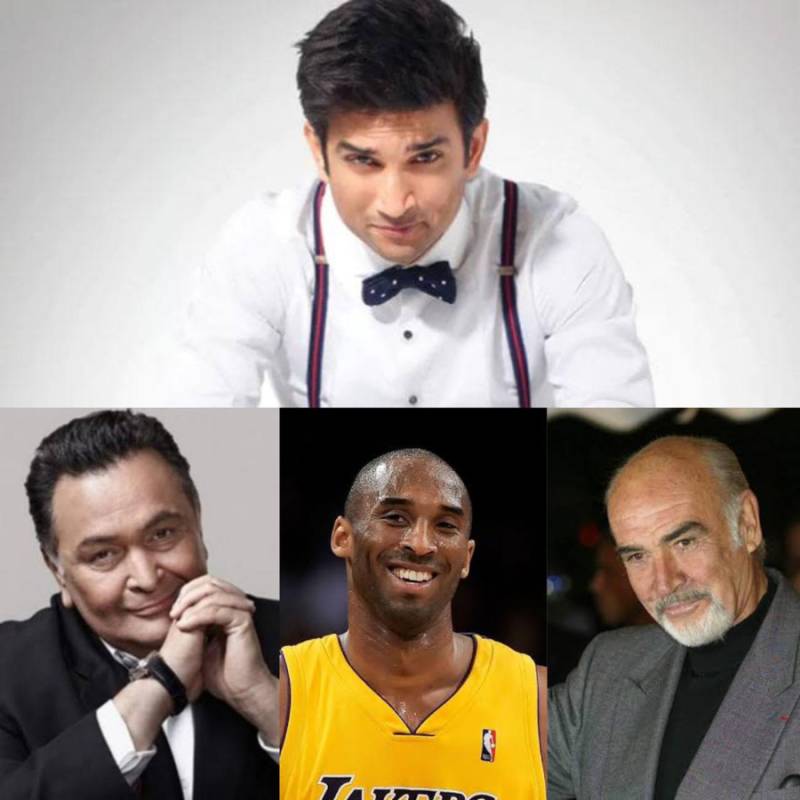 The year 2020 has been very challenging from the whole world. With a pandemic in full swing, more than 1.7 million people have died from coronavirus with the cases count spiking on a daily basis.

Goodbyes are always hard, particularly when it comes to notable icons that have hundreds of admirers across the globe.

Here is a list of some of the famous figures we bid farewell to in 2020. 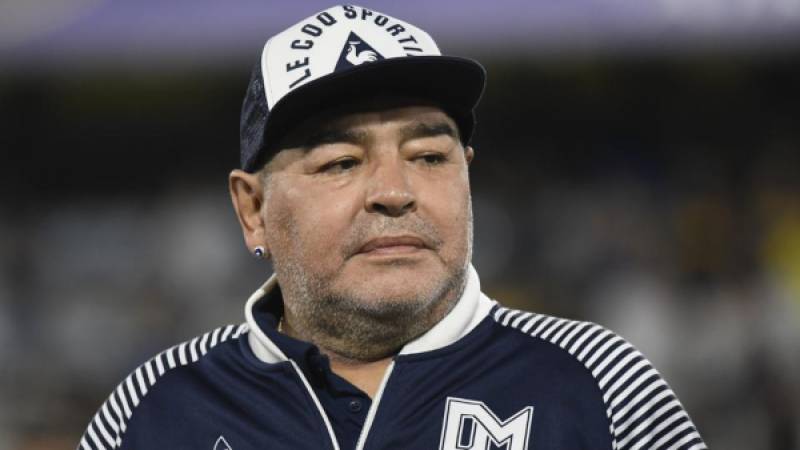 The football legend Maradona died of a heart attack at his home in Argentina. Aged 60, he had undergone brain surgery earlier in November. Earning professional acclaim in the FIFA World Cup 1986, he became popular in the masses as the 'Hand of God.' Starting his club career with Argentinos Juniors, he went on to play in La Liga and Serie A for Barcelona and Napoli and Boca Juniors. Honoured with the 'FIFA Player of the Century' award in 2000, Maradona rose to the stature of a footballing God. 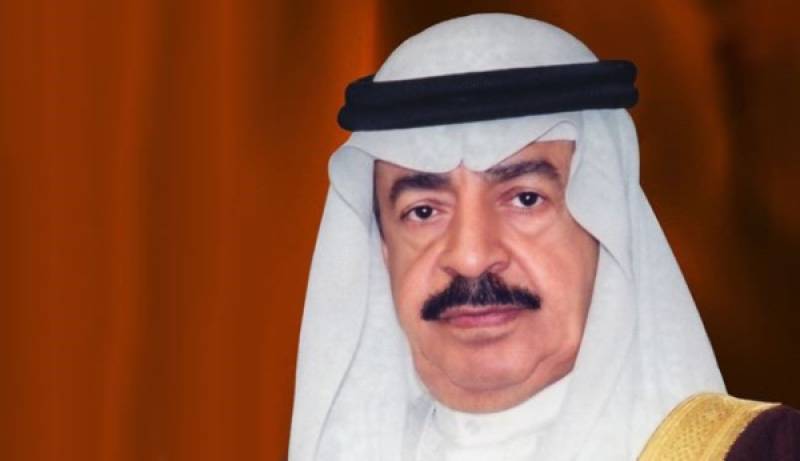 One of the longest-serving prime ministers in the world, Prince Khalifa died at the age of 84. The state media declared the news. "The Royal Court mourns His Royal Highness... who passed away this morning at Mayo Clinic Hospital in the United States of America". Ruling for 50 years and 296 days, he founded Bahrain as a state initially after it gained independence British rule in 1971 and then as a kingdom. 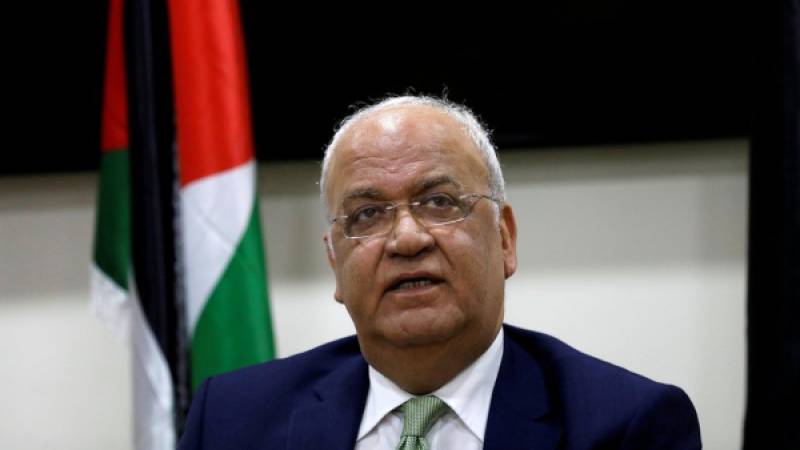 Palestinian political figure Saeb Erekat in Jerusalem died due to COVID-19 infection, aged 65. Well known in the political arena for a successful negotiation of the Oslo Accords in 1993, he greatly contributed to the formation of Palestinians limited self-governance in the West Bank and Gaza Strip. The peace negotiator was the secretary-general of the Palestine Liberation Organization, and adviser to Palestinian Authority President Mahmoud Abbas. 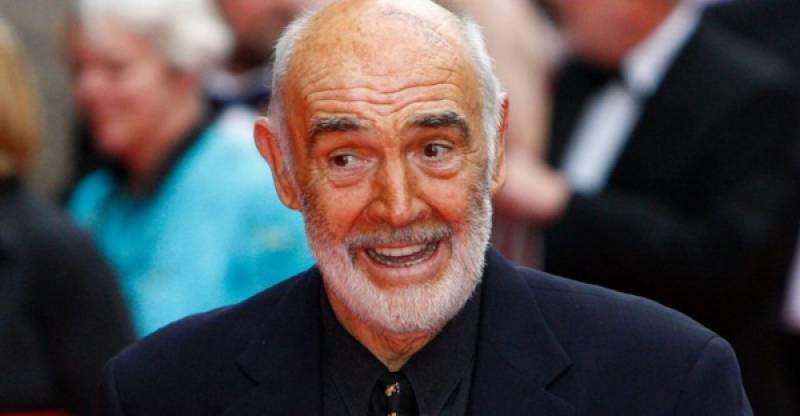 The irascible Scot from the slums of Edinburgh found international fame as Hollywood's original James Bond. He left the world mourning as he died in his sleep in the Bahamas. The Academy Award winner was 90 at the time of his death. Exceptional performances in acclaimed movies were under his belt such as The Man Who Would Be King (1975), The Name of the Rose(1986) and Indiana Jones and the Last Crusade(1989). 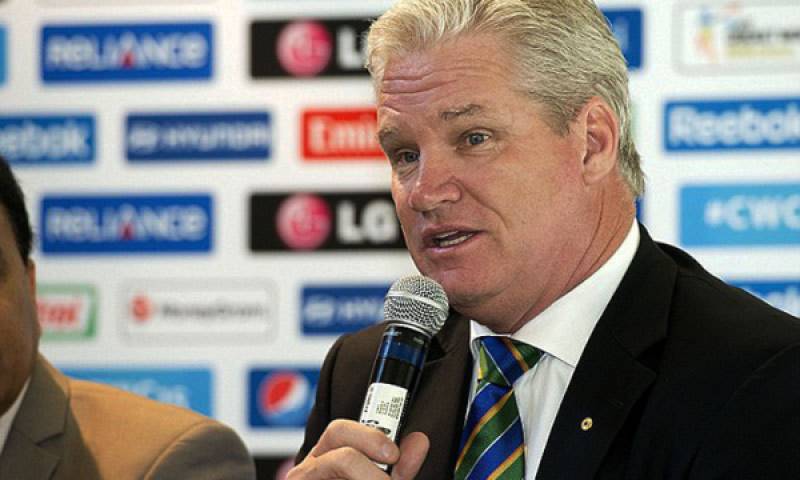 Former Australian cricketer died of a heart attack in Mumbai, India at the age 55. A statement by Star India read: "It is with great sadness that we share the news of the passing away of Dean Mervyn Jones AM. He died of a sudden cardiac arrest. We express our deep condolences to his family and stand ready to support them in this difficult time." Jones was part of the Australian team that won the 1987 World Cup. 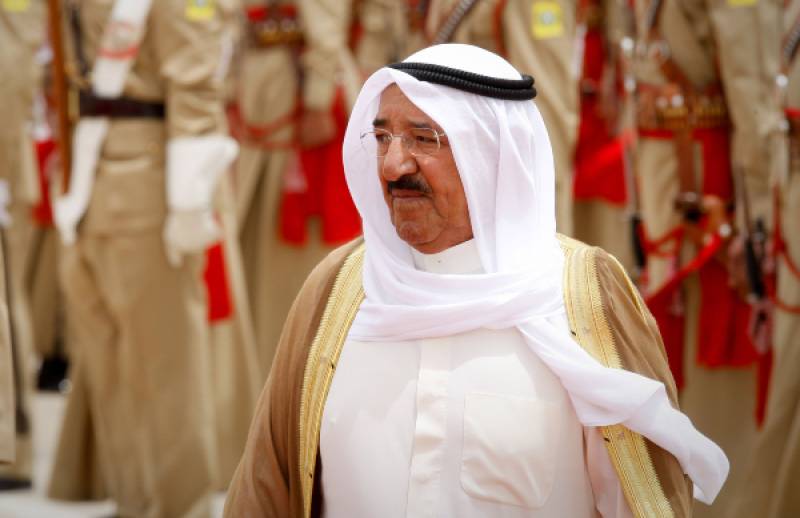 The Emir of Kuwait died at the age of 91. A man of peace and dialogue, he served as foreign minister for more than 40 years and then as the emir of Kuwait from 2006. His death was announced on state television by the Minister of Amiri Diwan (Court) Affairs, Sheikh Ali Jarrah Al-Sabah, "With the utmost sadness and grief for the Kuwaiti people, the Islamic and Arab world and people of friendly nations, the Amiri Diwan mourn the death of Sheikh Sabah al-Ahmed al-Jaber al-Sabah, the emir of Kuwait, who is now next to God."

Throughout his reign, Sheikh Sabah al-Ahmad al-Jaber al-Sabah guided Kuwait on the path toward stability and modernity as he worked tirelessly to adopt a balanced diplomatic approach, effectively promoting the values of humanity. 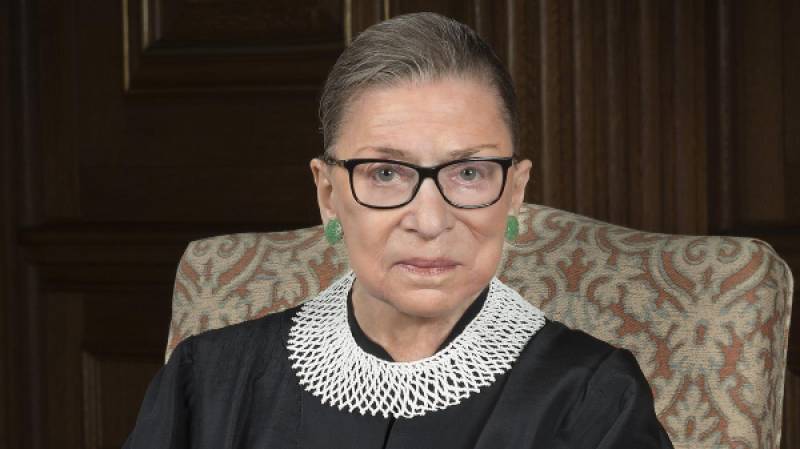 US Supreme Court Justice died of metastatic pancreatic cancer at her home in Washington, D.C at 87. The second-ever woman and the oldest justice to sit on the Supreme Court, she served in that position for 27 years. Earning her respect as a political and cultural icon, she won hearts as a feminist enthusiastic and a staunch advocate for women's rights. 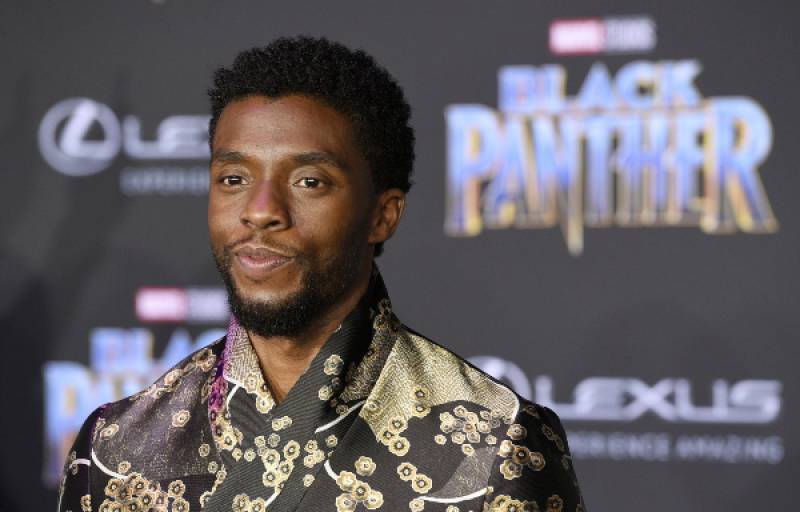 Black Panther film star Chadwick Boseman died at age 43 after a four-year battle with colon cancer in August. It was recently announced that Boseman will be honoured as 'Hero for the Ages' at the MTV Movie & TV Awards: 'Greatest of All Time.' The noble actor embodied a long-held dream of celebrating African-American pioneers and culture. Best known for 21 Bridges, Get On Up, Marshall, Avengers: Infinity War and Black Panther. 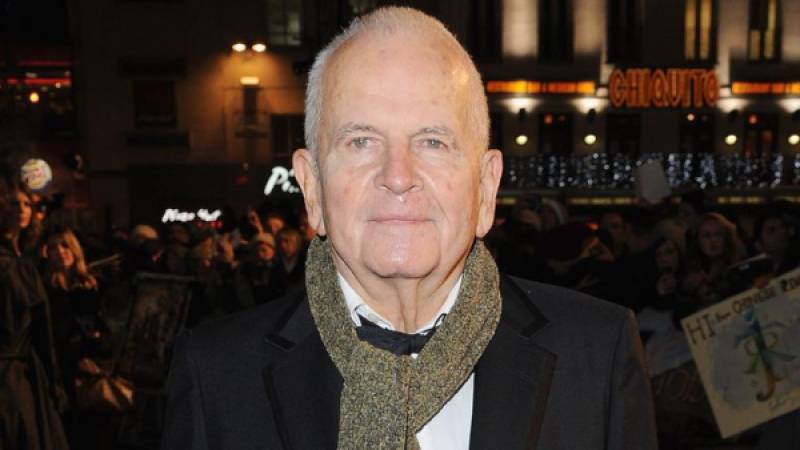 The celebrated British actor passed away in hospital in London, aged 88. Sir Ian Holm was the perfect supporting actor and a talent powerhouse. Earning a BAFTA award and an Oscar nomination for Sam Mussabini in Chariots of Fire(1981) and Bilbo Baggins in the blockbusting Lord of the Rings trilogy, Holm dazzled the world with his acting chops. 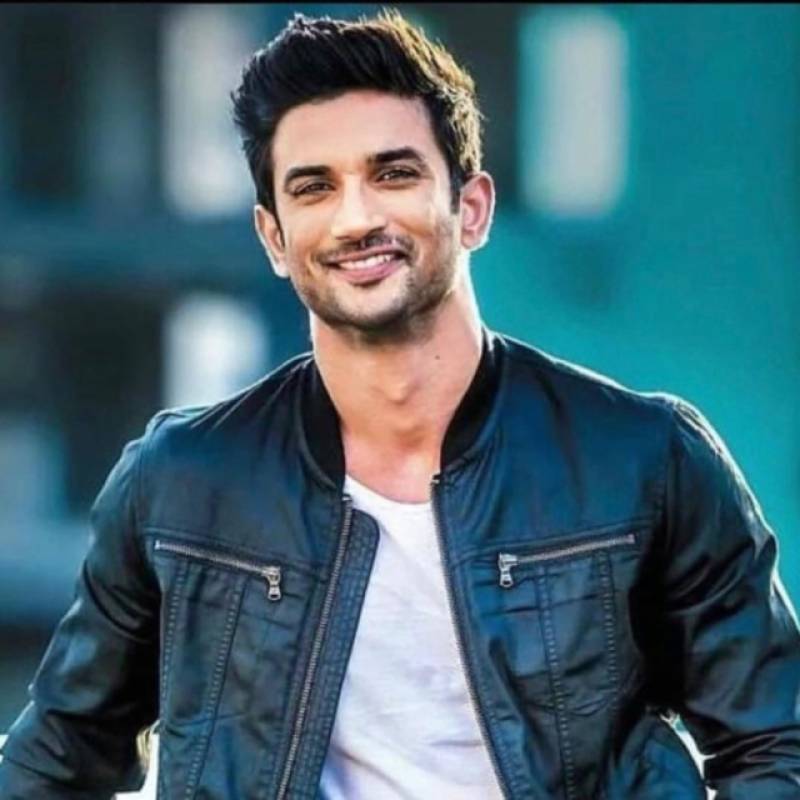 Termed as the greatest tragedy in Bollywood, the world was shocked with the untimely demise of Sushant Singh Rajput. Initially ruled as a suicide, the passing of Rajput sparked controversy all across that ended up gaining a political dimension. Highlighting drugs and nepotism in B-town, the dark side of the glamour industry took away a poor soul. 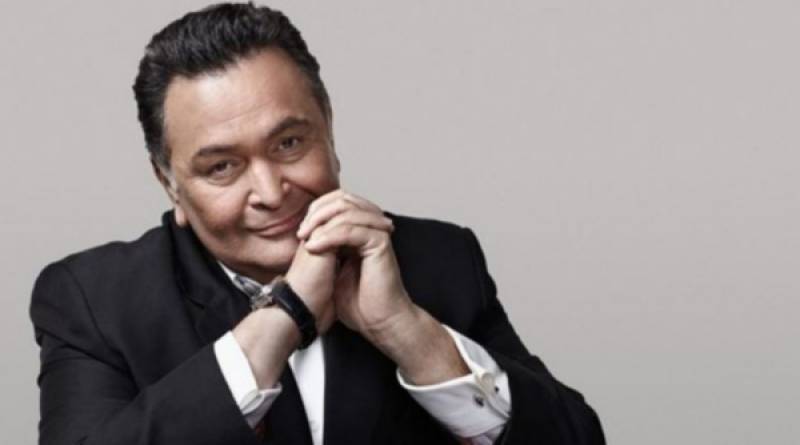 India’s most popular actors of the 1970s and ’80s.Rishi Kapoor died at 67 in Mumbai, India. The family confirmed his death in a statement, which did not list a cause. Charming and charismatic, Kapoor went on to star in more than 100 films and received a Filmfare Lifetime Achievement Award in 2008. He married Neetu Singh Ranbir and have two children Riddhima Kapoor Sahni and actor Ranbir Kapoor. 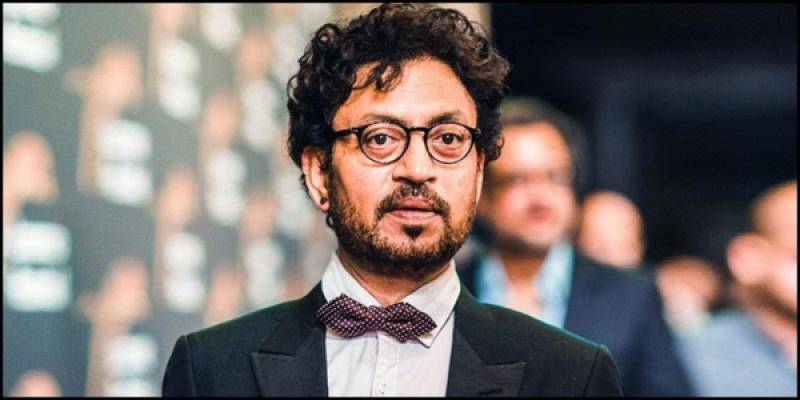 Bollywood A-lister Irrfan Khan breathed his last in Mumbai, India. He was 53. Famous for his versatility and his nuanced performances, he was active in both commercial and art-house projects. His wife Sutapa Sikdar and two sons were said to be with him when he passed away. He is best known in the West for his performances in Slumdog Millionaire(2008), Life of Pi(2012) and Jurassic World(2015). 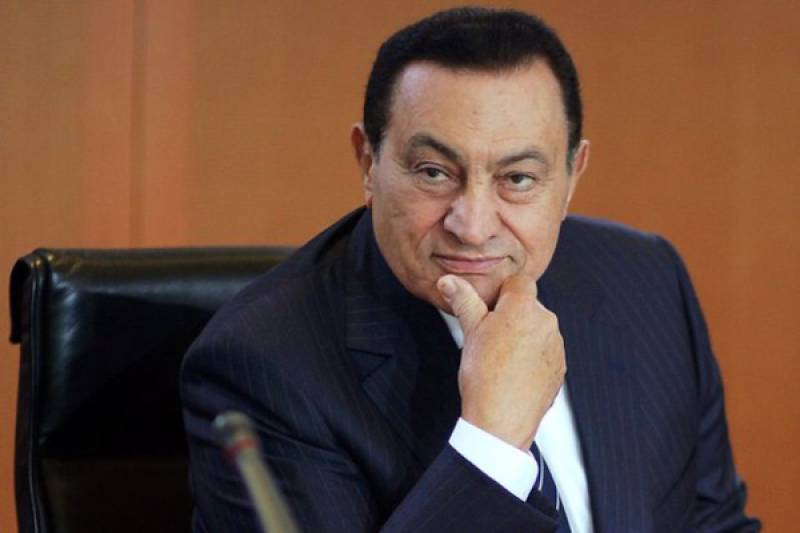 Former Egyptian president Hosni Mubarak left the world at the age of 91. The fourth head of state of the nation from 1981, he stepped down following the Egyptian Revolution of 2011. Enduring hardships, he was jailed for three years charges of embezzlement but was later acquitted and freed in 2017. A staunch supporter of security, his presidency was in hot waters by deep economic problems, political repression and corruption. 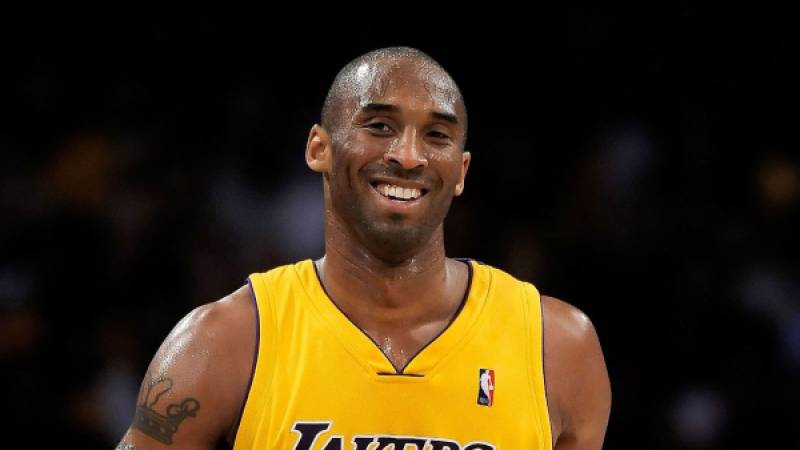 The basketball legend and his 13-year-old daughter Gianna were among nine people killed in a helicopter crash in Calabasas, California, U.S.The National Basketball Association (NBA) superstar was 41 years old. A triumphant 20-year career with the L.A. Lakers, he distinguished himself as an 18-time All-Star, 15-time member of the All-NBA Team, and was the NBA's Most Valuable Player in 2008.  Bryant married his lady love wife Vanessa in 2001, and together the couple had four daughters. Bryant also won the Academy Award for Best Animated Short Film for his Dear Basketball in 2018. 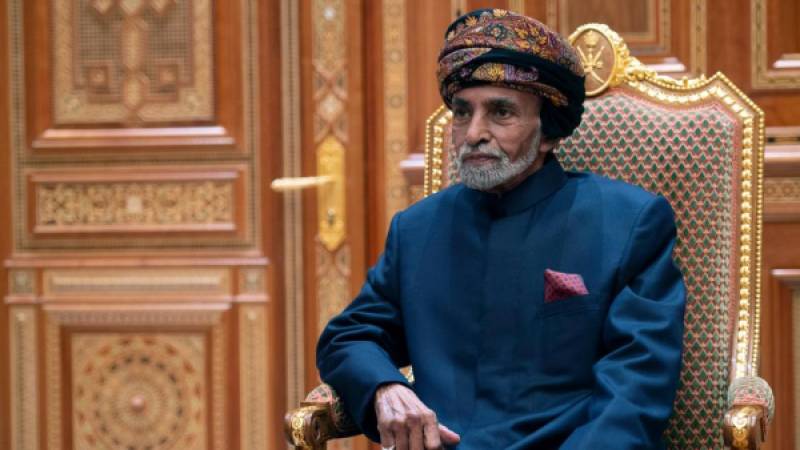 Arab's longest-serving monarch died at the age of 79. The cause of death is unknown but it is reported that he was undergoing medical treatment in Belgium for cancer. The Sultan of Oman is praised for holding diplomatic talks between global opponents. He is credited for transforming Oman from an isolated nation to a developed one.