Sheikh Rasheed reveals when Nawaz Sharif’s passport will be cancelled 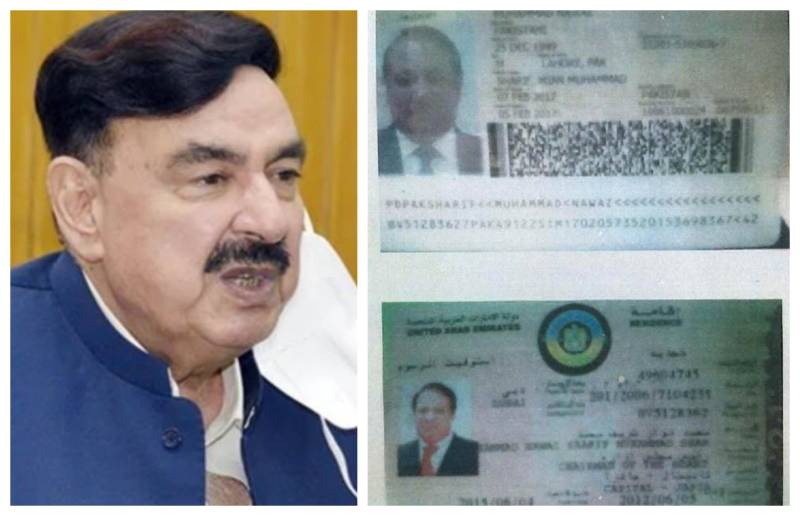 ISLAMABAD – The Pakistani government will cancel the passport of absconding Opposition leader Nawaz Sharif, the federal minister for Interior said on Wednesday.

Sheikh Rashid Ahmed told reporters in Islamabad that the PTI-led federal government has decided to cancel the ex-PM’s passport on February 16.

The minister added that the opposition had been "exposed" as money launderers and people who obtained iqamas because they were not honest with the country.

Earlier this month, Adviser to the Prime Minister on Accountability and Interior Mirza Shahzad Akbar had said that United Kingdom authorities had been asked to deport the convicted former prime minister from their country.

Nawaz, 71, has been living in London since last year after he was allowed to leave the country on account of medical treatment.

He was sentenced to seven and 10 years in prison in the Al-Azizia Steel Mills and Avenfield flats references respectively. The former premier’s sentence in the Al-Azizia reference was suspended. He has filed an appeal seeking its annulment.

NAB has filed appeals to increase his sentence to 14 years in the Al-Azizia Steel Mills case. It seeks an end to the suspension of Nawaz’s sentence in the Avenfield case too.

The deposed premier has been declared proclaimed offender by Islamabad High Court and an accountability court for failing to appear before the bench.

Last month, the IHC issued non-bailable arrest warrants for Nawaz. But the warrants were not received by the ex-premier.