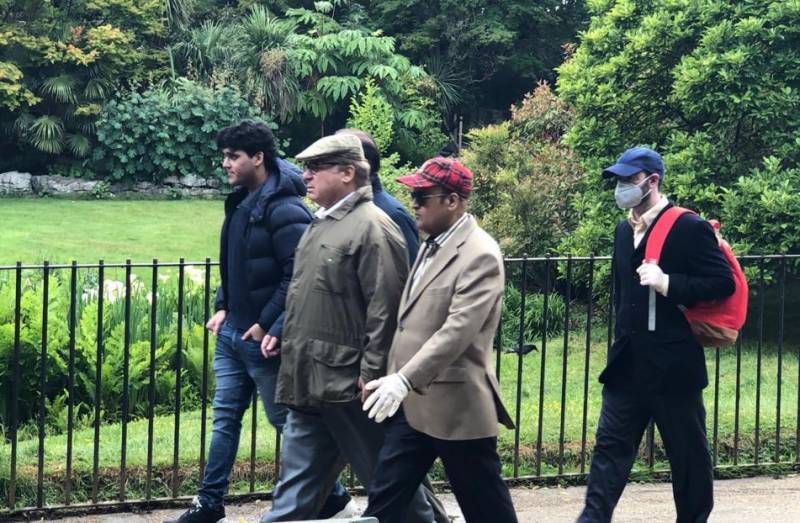 LAHORE/LONDON – The Pakistani government has demanded from the United Kingdom to deport former prime minister Nawaz Sharif to serve his jail time over corruption.

In a letter to British government, the Pakistani authorities have asked for repatriation of PML-N supremo who is convicted in a mega money-laundering case.

Reports in local media suggest that UK Home Secretary Priti Patel has also confirmed that she received a letter from Pakistan government for repatriation of Nawaz Sharif.

The deposed politician has been residing in London for nearly a year after being temporarily released from prison in Pakistan and given permission to leave the country for an eight-week trip for medical treatment.

After the Panama Papers revealed hidden assets belonging to Sharif’s family, he resigned as prime minister in 2017. The following year a Pakistan court sentenced him to seven years’ imprisonment for corruption. He has claimed that this and other corruption cases against him are politically motivated.

The demand from Pakistan’s prime minister, Imran Khan, follows a pledge of tough treatment for foreign criminals under new post-Brexit immigration rules by Ms Patel, a member of the UK’s Conservative government noted for her hardline stance on border controls.

Sharif “has been responsible for pillaging the state and I trust that you will be supportive of our efforts to bring those responsible for corruption to account”, PM’s adviser Mirza Shahzad Akbar wrote to Ms Patel on October 5.

According to records submitted to the Pakistan authorities, he has given as his London address the very flat on London’s opulent Park Lane that led to his downfall. His family’s ownership of the flat was exposed by the leak of secret files from the Panama law firm Mossack Fonseca.

The letter to Ms Patel urges her to use her “extensive powers” to deport Nawaz Sharif, arguing she is “duty bound” to do so. It cites immigration rules that criminals sentenced to four years or more must be refused leave to remain in the UK. A Pakistan court has issued a warrant for Mr Sharif’s arrest, the letter adds.

The UK authorities have not yet formally responded to the letter.

Justice Aamer Farooq who presided over the bench remarked that a special bench was already hearing the identical petitions about former prime minister Nawaz Sharif and it was appropriate that such matter should also be shifted to the same bench.

The petitioner, Muhammad Zaman Gilani appeared before the court along with his lawyer Ahmed Raza.

The petition had stated that Nawaz Sharif had engaged in certain activities to malign the state institutions instead of getting medical treatment abroad. It alleged that the accused had been supporting Indian policies through his controversial speeches.

It further said that the petitioner had already given applications to FIA, NAB and health department to interrogate the medical reports of former prime minister but nothing availed.

Meanwhile, the copies of advertisements in newspapers for summoning Nawaz Sharif in NAB references had been displayed IHC's premises and its entrance.