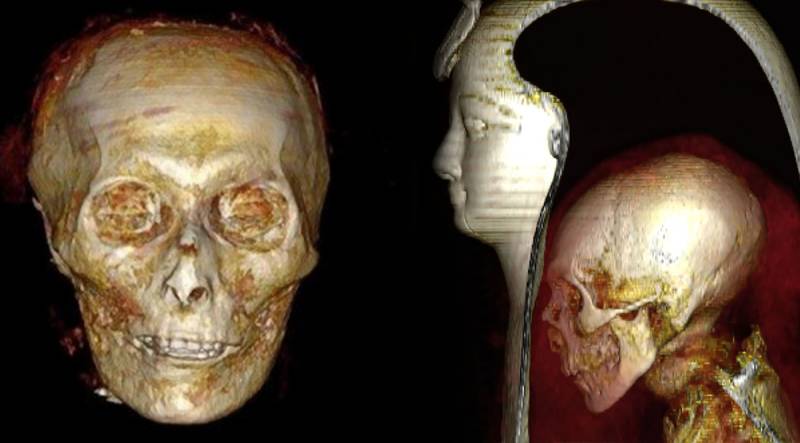 Adorned with flower garlands and a wooden face mask, the ancient mummy was so brittle that scientists had never dared expose the remains. It was reportedly the only royal Egyptian mummy found in the 19th and 20th centuries not yet opened for study.

The mummy was part of a royal procession that was held last April to transfer 22 mummies from the Egyptian Museum in Cairo's Tahrir Square to the new National Museum of Egyptian Civilization. 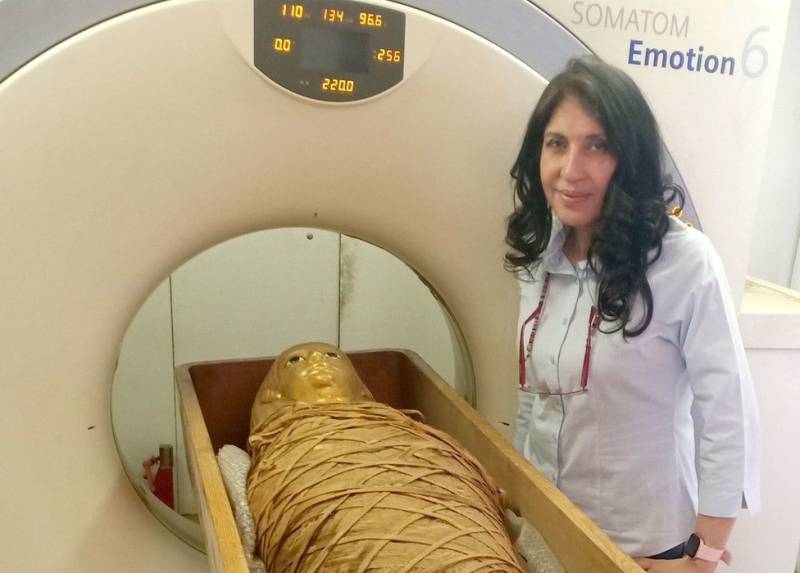 Reports claimed that a professor of radiology at Cairo University Sahar Saleem, and noted archeologist Zahi Hawass led the study which allows them to digitally unwrap the mummy that was found in the Deir el-Bahari excavation site around 140 years ago.

Interestingly, experts discovered the brain intact unlike the majority of mummies in which brains are removed while some of the gold amulets and beads were found in the mummy.

Scans also showed that the mummy suffered from multiple post-mortem injuries that were likely to have been inflicted by grave robbers.

Amenhotep was apparently not suffering from any diseases or injuries that might have caused his death, while scientists are baffled as he is believed to be around 35 at the time of death.

Zahi Hawass speaking about the discovery said the latest tech helped us digitally unwrap the mummy whose face was hidden beneath the wraps for 3,000 years. He added that people used to remove linens from the head and chest of the king, and this cause significant damage.

CAIRO – The ancient intact wooden boat of Egyptian pharaoh Khufu was transported to a new museum from Cairo's ...

Meanwhile, experts stated that Amenhotep I shared a resemblance to his father, Ahmose I – the founder of the New Kingdom who is best known for fighting Hyksos.