Easy to return to Pakistan after Nawaz's ouster: Pervez Musharraf 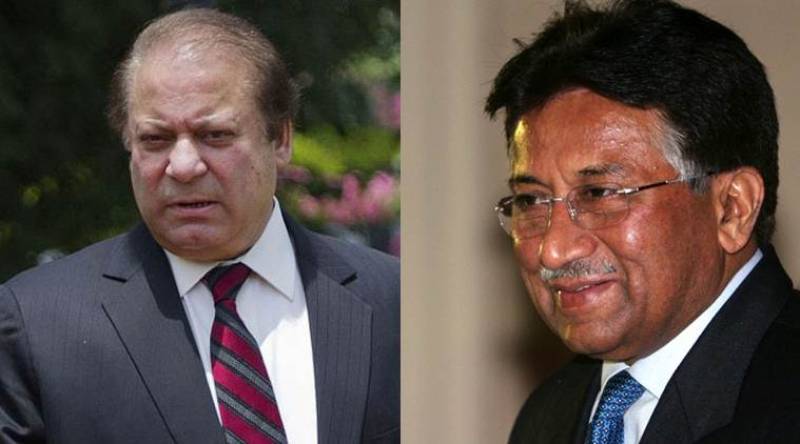 DUBAI - Former President Pervez Musharraf has stated that the ouster of Nawaz Sharif from the PM House would make it easier for him to reutrn to Pakistan.

During an interview with an Indian newspaper, Musharraf termed the Supreme Court’s verdict disqualifying Nawaz Sharif as ‘great’ and ‘pleasant for Pakistanis’.

Dismissing the popular perception prevailing among PML-N members that the ouster was a judicial coup, Musharraf expressed that Nawaz Sharif deserved this treatment as he distorted facts and misled the nation.

"SC’s decision was according to the wishes of Pakistani nation," he said.

Expressing that the verdict favored Imran Khan, the former president also hinted at the possibility of an alliance with his party PTI.

“In the next General Elections, alliance can be made against PML-N with many parties besides Imran Khan. Our aim is to impede PML-N and PPP."

Musharraf who himself led a bloodless coup against Nawaz Sharif back in 1999 maintained that the nation tried Sharifs thrice but they 'looted the country and gave only disappointment'.

The former president declared reports regarding Hurriyet leader’s receiving funds from Pakistan and torching the schools as ‘malicious propaganda’.

“Hurriyet leaders are mujahideen and want to help the Kashmiris. On the contrary, Indian army is committing genocide in Kashmir,” he pronounced.

He also talked about US’s move to discontinue 350 million dollar funds to Pakistan and vehemently claimed that "Pakistan will not die without these funds."

Acknowledging China as Pakistan’s great friend, he dismissed reports that it wanted to make Pakistan its slave.

It is relevant to mention that a five-member bench of the Supreme Court unanimously disqualified Nawaz Sharif as prime minister of the country on Friday for concealing his employment with FZE Capital, a firm managed by his son Hassan Nawaz.