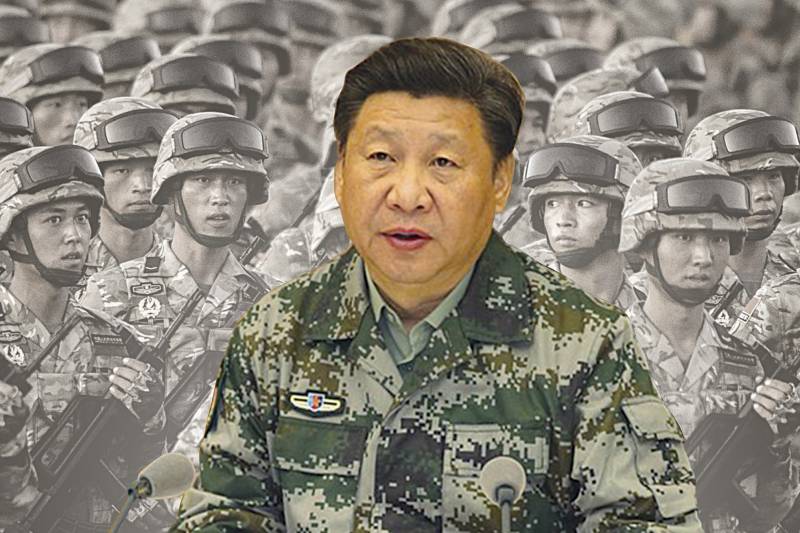 ZHURIHE - Chinese President Xi Jinping on Sunday said the People’s Liberation Army (PLA) is capable of vanquishing “all invading enemies” and praised its combat readiness as he reviewed a massive military parade to mark the 90th founding anniversary of the world’s largest armed force. 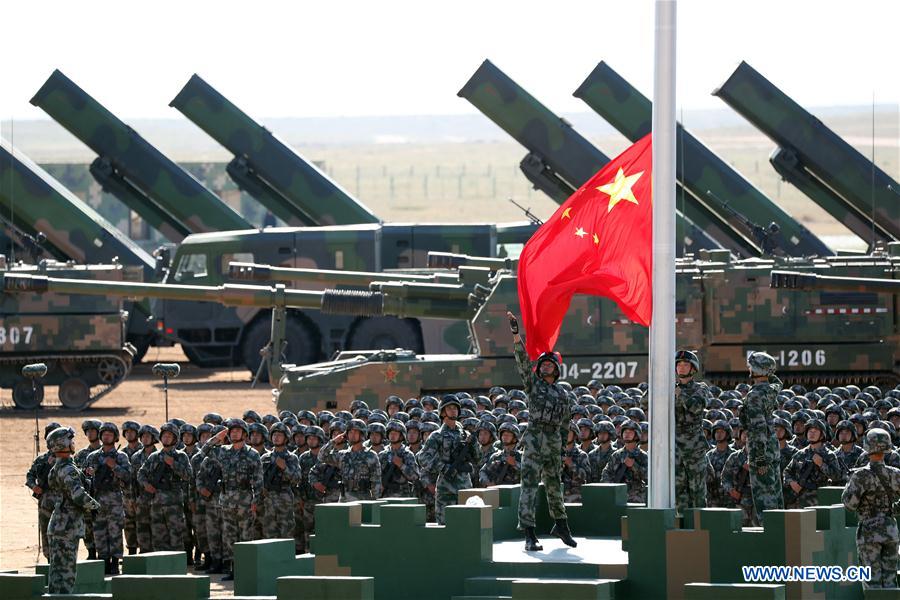 Dressed in camouflage, Mr. Xi inspected 12,000 troops in various formations from an open-top military jeep at the parade held in Zhurihe — Asia’s largest military training centre in the middle of a desert in Inner Mongolia.

Over 100 fighter jets flew overhead and almost 600 types of weaponry were on display for the occasion — nearly half of which were making their debut in public, according to the Chinese defence ministry. 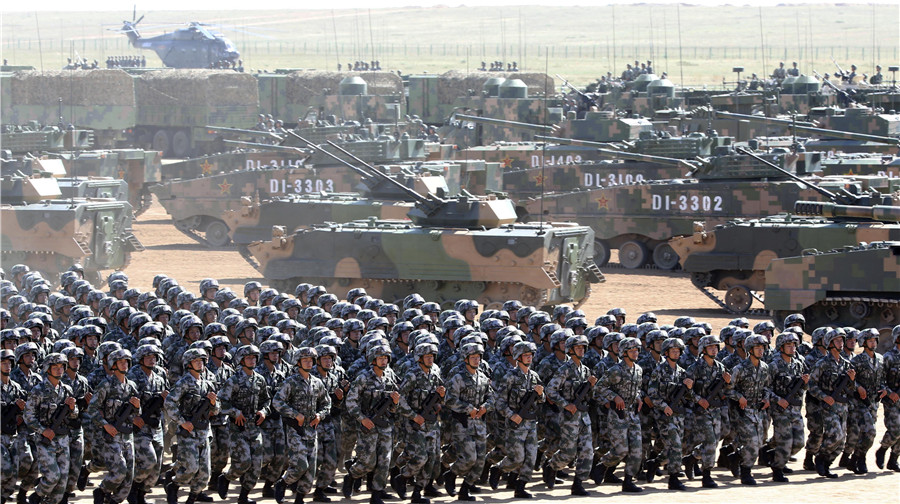 In his address to the soldiers, Mr. Xi said the PLA should strictly follow the absolute leadership of the Communist Party of China and “march to wherever the Party points to.”

“I firmly believe that our gallant military has both confidence and ability to defeat all invading enemies,” said Mr. Xi, who heads the Central Military Commission, which holds the overall command of the PLA — the world’s largest Army. 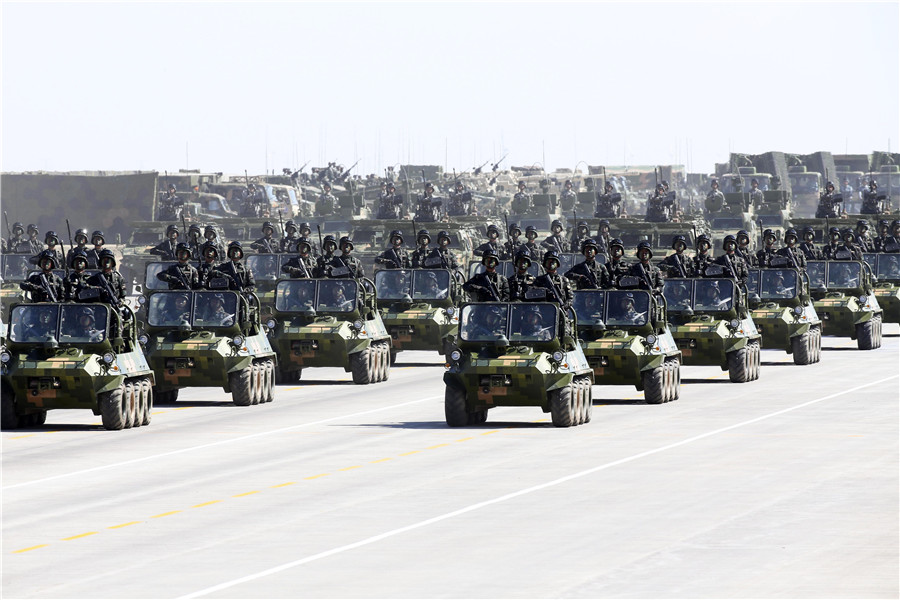 While there was no reference in his speech to over a month-long India-China military standoff at Doklam in the Sikkim section, his remarks came in the midst of shrill official media campaign and assertions by the Foreign and Defence Ministries here accusing Indian troops of trespassing into Chinese territory at Doklam.

The Chinese defence ministry spokesman said Zhurihe was selected to highlight the PLA’s combat readiness, but he emphasised that war-zone training had been long scheduled.

“They have nothing to do with the current situation in the region,” Colonel Ren Guoqiang said in a statement.