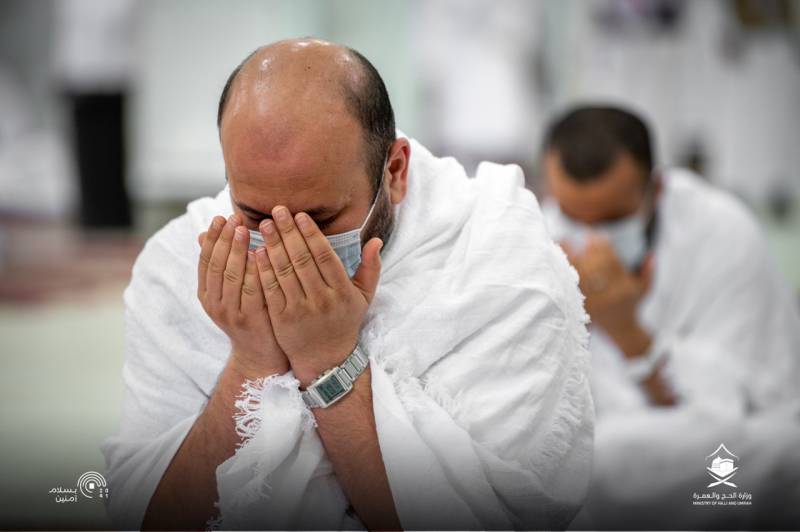 MAKKAH – Masked pilgrims entered Maidan-e-Arafat on Thursday to supplicate for the atonement of their sins and hoping for the acceptance of their Hajj pilgrimage.

The global coronavirus pandemic has cast a shadow over every aspect of this year's pilgrimage, which last year drew 2.5 million Muslims from across the world to Mount Arafat, where Prophet Muhammad (PBUH) delivered his final sermon nearly 1,400 years ago.

Delivering Hajj sermon from Masjid-e-Nimra at Maidan-e-Arafat, Imam Sahib urged Muslims to observe Taqwa of Allah. Observing Taqwa is the instruction that Allah gave all former and later generations.

He said Allah always has complete knowledge and the Allah not be worshipped in any ways. "So its important for Muslims to be away from Biddaa't."

Every worship and sacrifice should be for Allah only, he stressed. 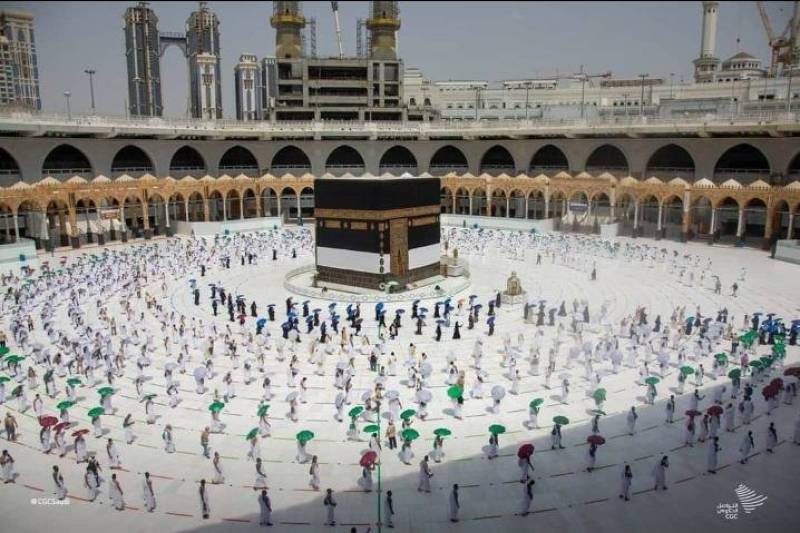 Sheikh Abdullah said difficulties and hardships of life is actually test for human beings. For every hardship there is happiness afterward from Allah.

"Allah instructed for harmony and cooperation among fellow beings. Allah also forbids from immortality and sins. Islam's teaching prohibits transgressions from others. Islam warns against extravagance. Allah has permitted trade and forbidden usury. Prophet Muhammad (PBUH) stressed to follow the path of Allah and Quran and doing so is better path."

The Imam said that all Muslims around the world should follow precautionary measures to stop spread of epidemic according to teachings of the Holy Prophet (PBUH) as he prohibited us to go those places where epidemic exists.

Pilgrims performed Zuhr and Asr prayers, shortened and joined together. 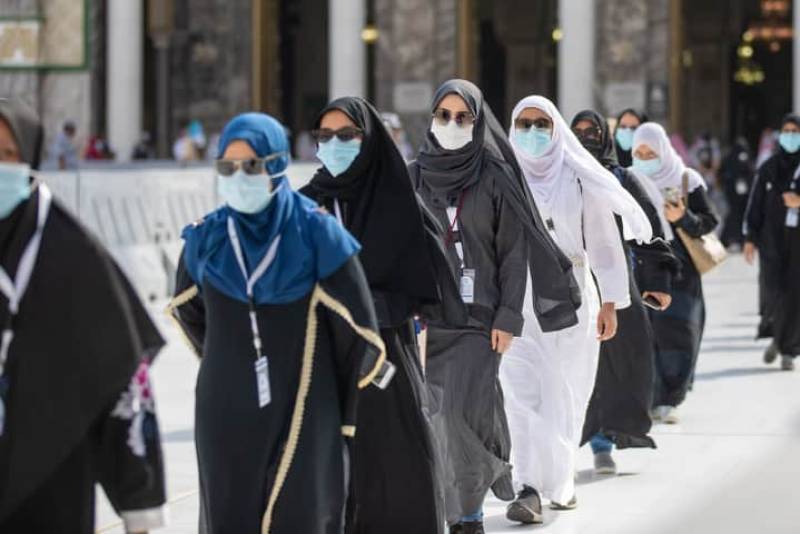 They will stay at Arafat spending the whole day in supplication praying for welfare of Ummah.

After Azaan-e-Maghrib, they will leave for Muzdalifah where they will offer Maghrib and Isha prayers together and spend the night under open sky.

Pebbles for casting away evil the next morning, that are usually picked up by pilgrims from Muzdalifah will be sterilized this year and bagged ahead of time.

After offering Fajr Prayer at Muzdalfa, they will leave for Mina for remaining Hajj rituals.