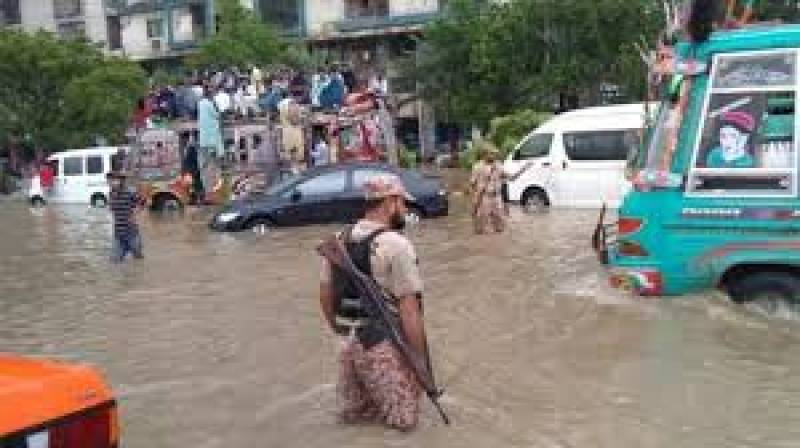 RAWALPINDI – The Pakistan Army has been called to help the local administration in addressing the urban flooding situation in Karachi, military’s media wing said in a statement issued Thursday.

According to the Inter-Services Public Relations (ISPR), "Army [was] called to assist civil administration for managing Urban Flooding Situation in Karachi."

The development comes a day after Prime Minister Imran Khan said on Twitter that he had asked Pakistan Army to help in cleaning up the city.

“I have asked the NDMA Chairman to go to Karachi immediately and start the clean up in the aftermath of the rain,” he had said in another tweet.

PM Imran Khan during a meeting with Sindh Governor Imran Ismail on Wednesday had said the federal government would not abandon the people of Karachi in difficult times when they are facing coronavrirus and miseries due to heavy rains.

The premier had said the all possible measures will be taken for the resolution of the Karachiites' hardships.