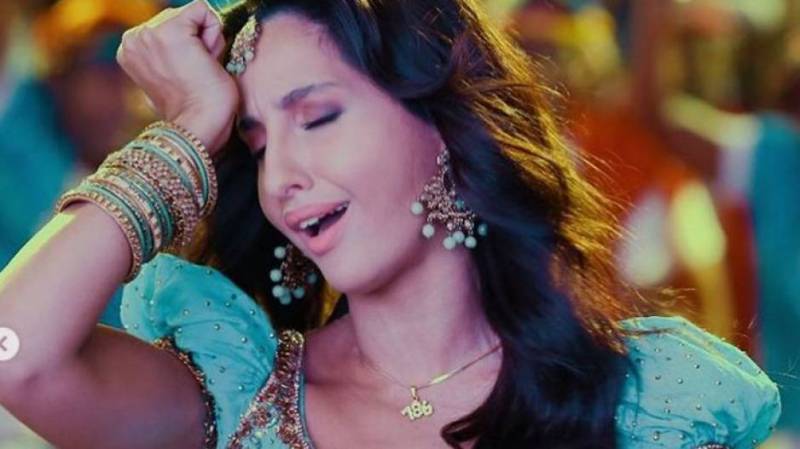 Bollywood's recreation of Pakistani song 'Zaalima Coca Cola' has created an uproar on the internet.

Touted as “party anthem of the year”, the irony wasn't lost on social media users as they pinpointed the fact that the song is for an 'anti-Pakistan' film

Bhuj: The Pride of India narates the events that occurred during the 1971 war between India and Pakistan. The movie stars Ajay Devgn, Sanjay Dutt and Sonakshi Sinha, and is set to release on Disney+ Hotstar in August.

Twitter was a war zone over the problematic plot shown to villainize Pakistan after the trailer was released. The song 'Zaalima Coca Cola' featuring actor Fatehi added the fuel to the fire.

Netizens were not impressed as they expressed their disappointment over the latest development. The Pakistani social media users were furious that Indian filmmakers are portraying Pakistan in a negative light all whilst borrowing songs from our legends.

"Zaalima Cocacola Pila De" a song conveniently taken from Pakistani music industry from the 80s in a full on Pakistan bashing movie without any depth in character Bhuj: The Pride of India

They literally butchered one of my favourite Pakistani song. https://t.co/lpj2fEamSZ

It would be better if you ask for "Fantastic Tea" ☕

Bollywood has a history of stealing Pakistani songs, whether they are songs of Nusrat Fateh Ali Khan or Madam Noor Jahan or any other Pakistani singer.

Sung by Shreya Ghoshal, the following recreation has been composed by Tanishk Bagchi with lyrics by Vayu.

Bollywood’s dance queen Nora Fatehi set the internet on fire with her jaw-dropping dance moves in the new ...