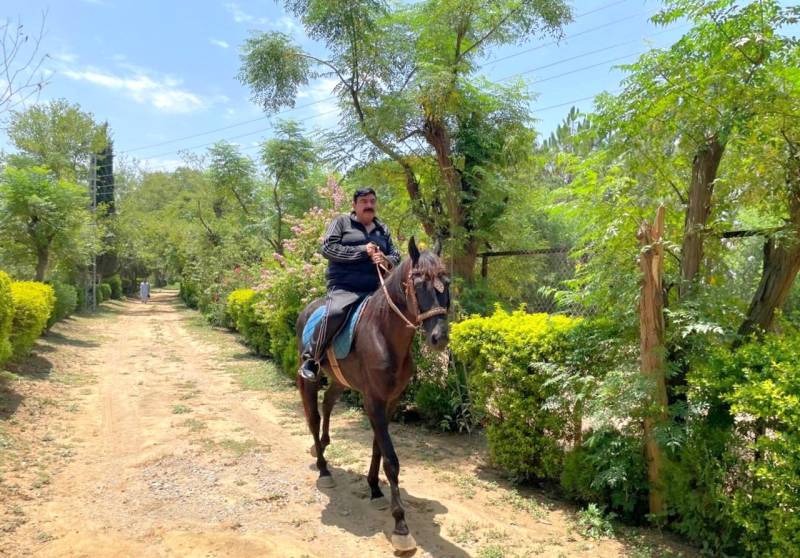 ISLAMABAD - Federal Interior Minister Sheikh Rashid has sent social media users into a frenzy as the media-savvy politician shared a video of riding a horse at his Freedom Farmhouse located in the federal capital.

The video, which was shared a week ago, has gone viral on social media platforms with some users calling him Pakistani “Ertugrul Ghazi,” the lead character in the Turkish serial, Dirilis: Ertuğrul.

The video shows the interior minister enjoying horse riding while putting on a black tracksuit.

Sheikh Rashid, the head of Awami Muslim League (AML), has been employing the theatrical of ways in the past to woo voters.

In the 2018 election campaign, he was spotting making a rote at a tandoor and visiting his constituency by bike.