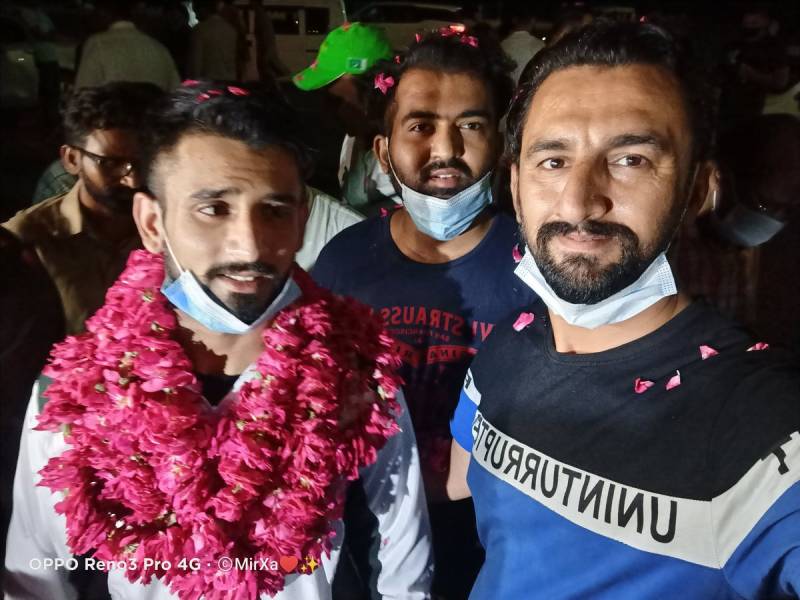 LAHORE – Pakistani weightlifter Talha Talib got a hero’s welcome on his return from Japan after competing in the Tokyo Olympics.

The Pakistan Weightlifting Federation office-bearers, players and a good number of people were present at the Lahore Airport for his welcome.

The 21-year-old weightlifter finished fifth in the 67kg category with an impressive performance of overall lifting of 320 KG weight and won laurels from the countrymen.

In the clean and jerk third attempt, Talha Talib lifted 170 kg, which is more than twice his bodyweight.

“I thank Allah and the nation for the prayers,” the star weightlifter said while talking to media at the airport.

“I am grateful to the Pakistan Weightlifting Federation and the Olympic Association. I attribute my success to the nation. I am happy that the Pakistani flag soared higher.”

Talha also reiterated his resolve to surmount all mistakes and bring a gold medal next time if the government provides proper support.

The weightlifter said he is looking forward to making his mark in the Commonwealth Games and then the World Championship scheduled in October.

Talha missed bronze by a slight margin of two kilograms but he won the hearts of Pakistanis around the world for putting up a solid show in the Olympics.