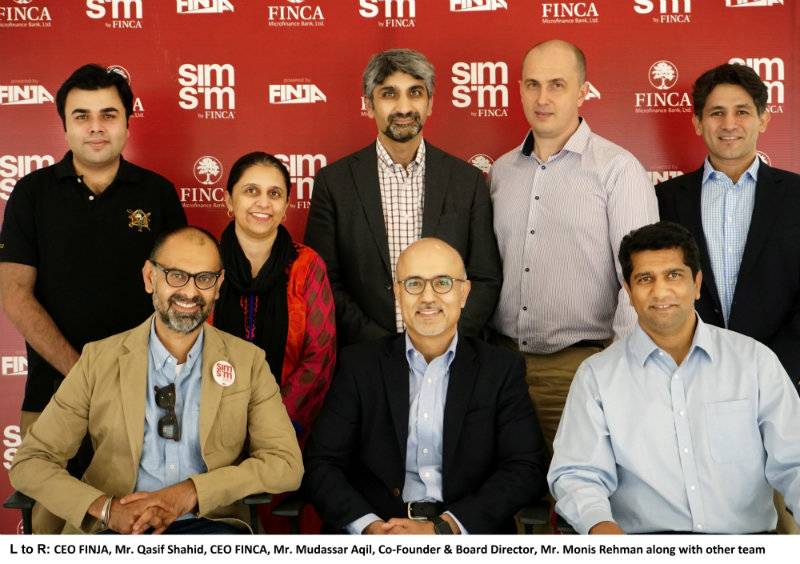 The approval was granted earlier this month under the Branchless Banking Regulation framework formulated by SBP.

SimSim is collaboration between FINCA Microfinance Bank Limited and FINJA Pvt. Limited. This is the first time a bank and a fintech, acting as the super-agent of the bank, have partnered to create a digital financial product.

Discussing future plans for SimSim, Qasif Shahid, CEO of FINJA, said that SimSim is not simply a product or an app, but it is a movement to free digital commerce in Pakistan.

Monis Rahman, tech veteran and co-founder of FINJA, added that the ease of becoming part of the SimSim network positions it as a platform, which users can spread and grow without any friction.

SimSim successfully completed a beta pilot prior to the formal approval from SBP, and recorded PKR 600 Million in transactions, 30,000 in self-registered mobile wallet accounts and a retail network of 500 participating merchants.

The mobile wallet is a highly innovative, automated process which relies on NADRA integration and machine learning. Anyone with a valid CNIC can create a SimSim branchless bank account in under one minute, using their internet-enabled mobile phones.

SimSim is connected to other banks through 1LINK for instant transfers, while ATM cards are available for cash withdrawals. Payments through SimSim are free for the receiving and sending users with their mobile numbers acting as bank account numbers.

To be a part of the SimSim network, all anyone has to do is download the app from the Apple App Store or Google Play Store and set up their wallet.

FINCA, one of the fastest growing microfinance bank with a global presence in 21 countries and a network of 105 branches in 94 cities across Pakistan. It is the pioneer microfinance bank in Pakistan which truly introduced the first complete digital mobile wallet - SIMSIM.