PAF officer, who died in PIA plane crash, laid to rest in Karachi 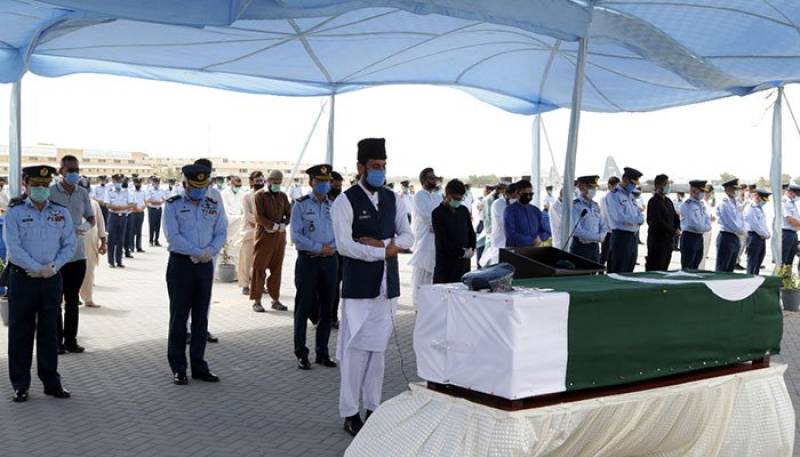 KARACHI – The funeral prayers for a young Pakistan Air Force officer, who lost his life in PIA plane crash last week, were offered at PAF Base Faisal on Saturday.

The PAF, in a statement, said that Squadron Leader Zain-ul-Arif Khan was posted at Air Headquarters Islamabad and was travelling to Karachi to celebrate Eid with his parents.

His body was identified with the help of DNA and was handed over to the PAF authorities for burial.

KARACHI – A young officer of Pakistan Air Force (PAF) has reportedly embraced martyrdom in Friday's crash of a ...

The officer was laid to rest at PAF graveyard, Korangi Creek with full military honours.

The PK8303, which was flying from Lahore to Karachi, had crashed in a densely populated area of the Sindh capital On May 22 (Friday).

The flight carrying 99 passengers had crashed into a neighbourhood in the metropolis’ Jinnah Garden area near Model Colony in Malir seconds before it was to make an emergency landing. Only two survived the crash — the chief executive of the Bank of Punjab and a young engineer.

An inquiry for the crash is underway.