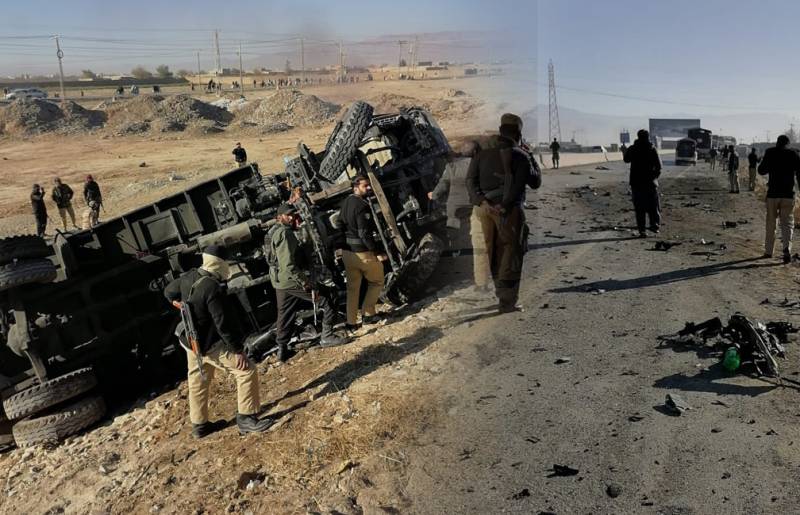 QUETTA – At least three people including a policeman were martyred and nearly two dozen, including 10 cops and a minor wounded, in a bomb attack on a vehicle carrying security personnel for polio duty near Quetta on Wednesday.

Local cops told media that the attack was carried out on a Balochistan Constabulary truck near Baleli, a suburb of the provincial capital.

The attacked security personnel were deployed for polio duty in the areas. The terror incident was reported as a polio vaccination campaign is underway in six districts of the southwestern region.

Rescue and police teams shortly rushed to the site while bomb disposal squad cleared the area.

Initial reports revealed that a suicide bomber detonated as he drove up close to the vehicle. At least 10kgs of explosives material was used in the blast, as ball bearings were found at the site of the blast.

The polio workers' security team was attacked days after Tehreek-i-Taliban Pakistan announced to end of the ceasefire and announced attacks.

The attack comes amid renewed anti-polio vaccination efforts across Pakistan to consolidate the government's successes in rooting out the crippling disease.

The attackers targeting vaccinators see the anti-polio campaigns are part of an elaborate anti-Muslim and Western conspiracy, and often issue death threats to vaccinators.