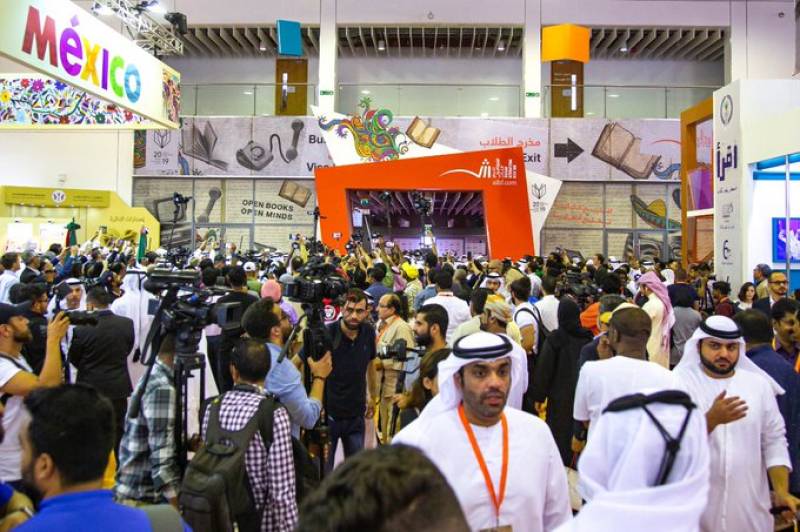 While inaugurating the 38th edition of the SIBF, His Highness Dr Sheikh Sultan Bin Mohammed Al Qasimi, who is also a member of the Supreme Council and Ruler of Sharjah said, "Societies cannot flourish without freedom of expression, which must be allowed room to grow".

He commented on the emirate’s groundbreaking achievement of being named the “World Book Capital 2019” by explaining how there were many specific criteria that had to be met before the title was granted by the UNESCO.

Sheikh Sultan also assured that despite achieving this prestigious title, Sharjah will continue on their journey of spreading culture and education all around the world and being renowned as an emirate enriched with history and culture.

Ahmed Bin Rakad Al Ameri, Chairman of the Sharjah Book Authority, said, national progress and international relations are impossible without investing in culture. "SIBF has become one of the world’s biggest book fairs and cultural events, hearing from local and international thought leaders and authors," he added.

The fair is featuring over 2,000 publishers from 81 countries under Sharjah World Book Capital’s (SWBC) theme ‘Open Books Open Minds” to promote books and reading across different age groups and communities.

These include a record 198 Emirati publishers, besides 183 from Egypt, 91 from Lebanon, 64 for Syria and nearly a hundred from India.

Mexico is the Guest of Honour country at the festival. 10 publishers and authors from Mexico are taking part in the book fair, giving visitors a peek into the ancient cultures of the Aztecs and the Mayans.